Instead of charging your EV, just change the battery

Could switching your battery instantly for a fully charged one instead of waiting for it to charge be the answer to growing demand? 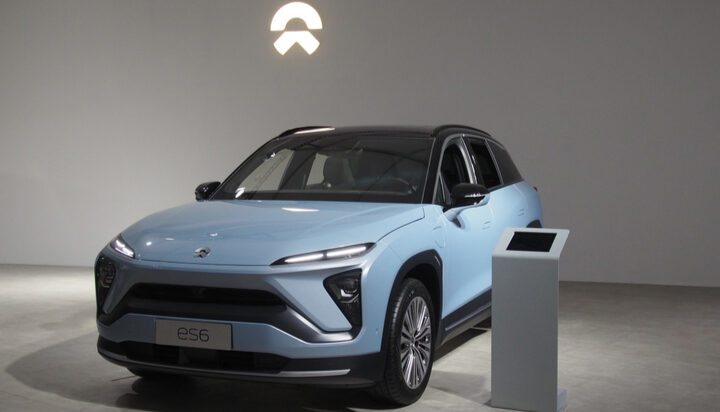 What if instead of pulling into a charging station and waiting for your electric vehicle (EV) to charge-up, a fully charged and ready battery was plugged straight into your car?

That’s what Chinese carmaker Nio is doing at its facility in Norway.

Already commonplace in China, this ‘Power Swap Station’ is the first in Europe – allowing drivers to book a slot on the company’s app and then the old battery is removed by a team and replaced with one that’s good to go.

The process reportedly takes around 5-10 minutes, which is around 30 minutes quicker than the average time it takes to charge a battery.

Nio is also employing a different business model for EV buyers, in which they buy the car and lease the battery.

The business claims that this saves the driver around £7,700, as the battery is the costliest part of the EV.

A monthly fee of up to £215 is then paid for the battery but Nio claims that this means the driver always has the most up-to-date technology powering their journey.

Espen Byrjall, Power and Operations Manager for Nio in Norway, said: “There’s no battery degradation. You always get a healthy battery. So, you can keep the cars longer.”

The Norwegian site can allegedly deal with 240 battery swaps each day and Nio aims to deploy 20 in the Scandinavian country.