More than 8,500 properties could be flooded in the Irish capital 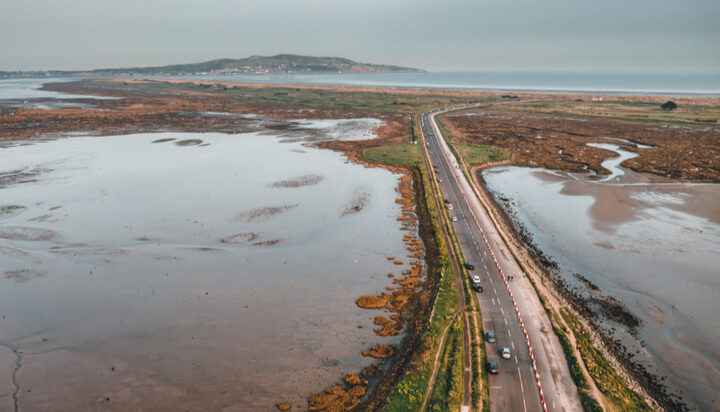 Thousands of buildings in Dublin could be flooded by the end of the century if the climate crisis is not mitigated urgently.

That’s according to research by software company Cervest, which has created a 3D map detailing how central Dublin could look in 2100 if coastal flooding takes charge.

If the current trajectory of emissions reduction continues, the analysis predicts that more than 8,500 buildings could be impacted by flooding, with an average depth of 1.7 metres.

Energy suppliers, power stations, the financial district and private property would all be at risk – with yellow highlighting areas of lowest risk and dark red representing the highest risk.

Cervest has released the map ahead of the Dublin Climate Summit to stress that climate change will affect all and is not exclusive to hotter regions of the world.

The analysis only takes into account coastal flooding, with the company warning that if other factors are considered such as heavier winds and higher temperatures, the outcome would be even worse.

It does caveat the findings of its analysis with the fact that if climate mitigation policies are stepped up and more action is taken, the scenario could be different. However, some damage is inevitable, with the report stating: “Even if we reach net zero tomorrow, physical risk is already locked into our system due to past actions.”

The business hopes this visual demonstration will help push more people to act on climate change, with an understanding of how it can directly affect their lives.

CEO Iggy Bassi stated: “You don’t need to be a climate scientist to understand this powerful image.”