World’s largest penguin could go extinct due to climate change

The Emperor Penguin is at severe risk of extinction, experts claim 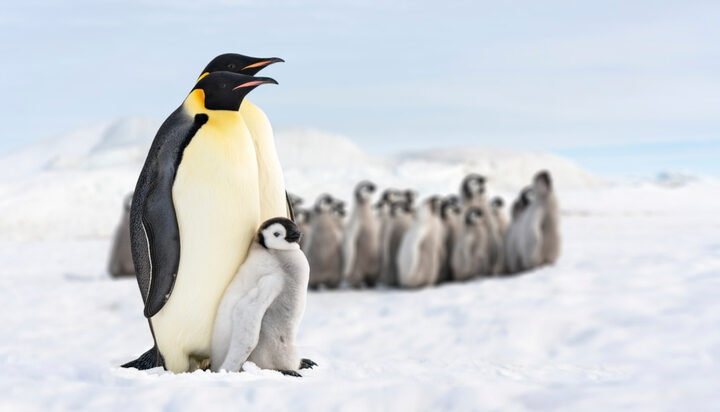 The Emperor Penguin is at a high risk of becoming extinct in the next three to four decades due to the devastating impact of climate change.

That’s according to research from the Argentine Antarctic Institute (IAA), which claims the world’s largest penguin may face a perilous fate if ice continues to melt at the current rate.

The species is one of two that are endemic to Antarctica and the IAA are worried that its reproductive cycle is being heavily disrupted by sea freezing later in the year or melting earlier.

Biologist Marcela Libertelli explains in an interview with Reuters: “If the water reaches the new-born penguins, which are not ready to swim and do not have waterproof plumage, they die of the cold and drown.”

She explains that this has been happening at the second largest Emperor Penguin colony, where for the last three years none of the chicks have made it.

Scientists from the IAA track the number of penguins, their weight, take blood samples and look at where they are meeting geographically each day.

Libertelli added: “Projections suggest that the colonies that are located between latitudes 60 and 70 degrees [south] will disappear in the next few decades; that is, in the next 30, 40 years.”

According to the biologists, emissions must be curbed now to stop further damage to biodiversity.