Climate change could cause the worst marine extinction in 250m years

Scientists state that with current carbon emissions, the world is on course to see a repeat of the Great Dying 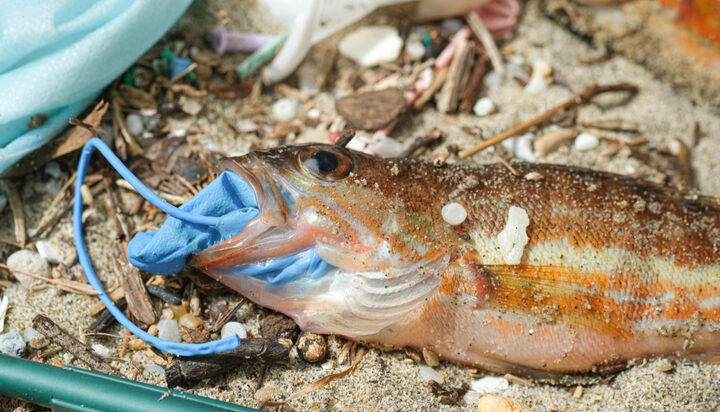 If global emissions are not curbed, marine life could experience the heaviest loss in 250 million years.

That’s according to new research by scientists, which claim the current levels of climate warming and oxygen loss from the oceans are comparable to the Permian-Triassic extinction event millions of years ago.

This event, also known as the ‘Great Dying’, is the largest known mass extinction of life on Earth, with 81% of marine species not surviving.

The scientists have warned that if greenhouse gas (GHG) emissions can be reversed, the extinction rate could be reduced by 70% but that imminent action is critical.

First author Justin Penn from Princeton University explained: “The silver lining is that the future isn’t written in stone. The extinction magnitude that we found depends strongly on how much carbon dioxide we emit moving forward. There’s still enough time to change the trajectory of carbon emissions and prevent the magnitude of warming that would cause this mass extinction.”

If action is not taken, however, the researchers have found that the fate of marine wildlife and biodiversity will be perilous.

They explain that as temperatures rise, oxygen availability in the oceans becomes more scarce; animals can cope with these changes to a point but will be left with no choice as they are left with no areas to move to.

It is a vicious circle because warmer waters also raise the bodily temperatures of the animals, meaning they require more oxygen, while the supply is depleting.

The scientists state that this change in oxygen levels was what previously wiped out 81% of marine wildlife during the Great Dying and that this will happen again if emissions don’t drop.

Although climate change is currently putting 45% of marine species at risk of extinction, the report stated that it is only the fifth-most exacerbating factor, with overfishing, transportation, urban development and pollution the main driving factors.