Trucks have been converted from running on diesel to bio-LNG 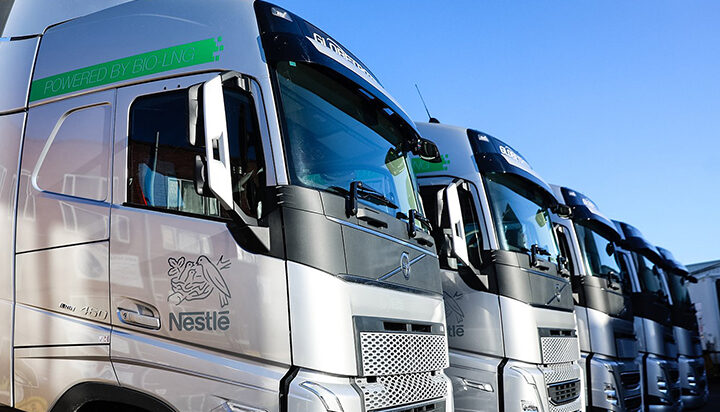 Nestlé has switched 75% of its truck fleet from diesel to bio-LNG – liquefied natural gas made from waste.

The food and drink company has revealed the move will see deliveries throughout the UK and Ireland completed with 95% less carbon being emitted.

Decarbonising its transport has been deemed key for the company to achieve its commitment of becoming net zero by 2050.

It has stated that the remainder of its fleet will be changed to the renewable fuel source within the next two years.

Sally Wright, Head of Delivery, said: “Running a network to ensure goods are transported around the country in a timely and efficient manner, while reducing our carbon footprint, is a complicated task.

“Considerations such as the refuelling facilities of bio-LNG, the weight of the goods the truck carry and the range restrictions of alternate fuels, has meant that every step of the journey needs to be meticulously planned.”