The world could face 1.5 disasters every day by 2030, a new UN report has warned 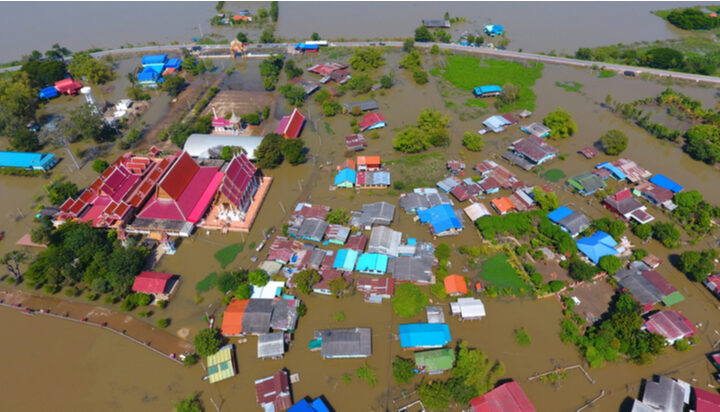 A new UN report has warned that humans put themselves in a “spiral of self-destruction” as they continue heating up the climate and ignoring the risks related to climate change.

The ‘Global Assessment Report’ (GAR2022), released by the UN Office for Disaster Risk Reduction reveals that between 350 and 500 medium- to large-scale disasters took place every year over the past two decades.

The authors of the report predict that the number of disaster events will reach 560 a year, or 1.5 disasters a day by 2030.

They note that human activity is contributing to an increasing number of disasters across the world, putting millions of lives and social and economic structures in danger.

The study blames these natural disasters on a broken perception of risk based on “optimism, underestimation and invincibility,” which leads to policy, finance and development decisions that exacerbate existing vulnerabilities and put people in danger.

The GAR2022 highlights that the best defence against future disasters could come from the transformation of systems, building resilience and a reduction in vulnerability and inequality.

“The world needs to do more to incorporate disaster risk in how we live, build and invest, which is setting humanity on a spiral of self-destruction,” said Amina J. Mohammed, Deputy Secretary-General of the UN, who presented the report at the UN headquarters in New York.

“We must turn our collective complacency to action. Together we can slow the rate of preventable disasters as we work to deliver the Sustainable Development Goals for everyone, everywhere.”