How is colonisation linked to climate change?

The IPCC report mentions colonialism as a key reason for increasing temperatures – but are the two intertwined? 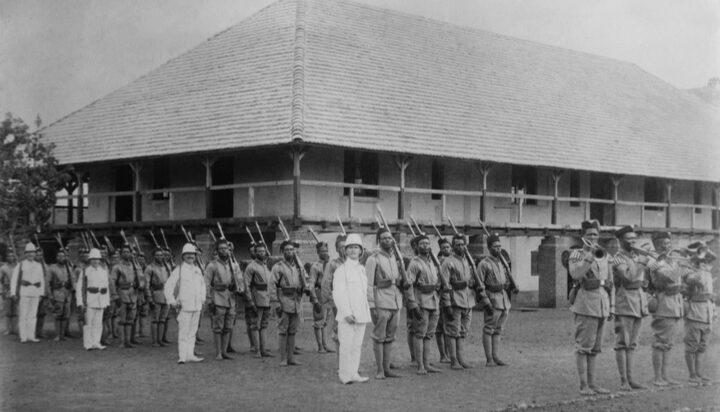 Colonialism has exacerbated the impacts of climate change.

That’s one of the key takeaways from the Intergovernmental Panel on Climate Change’s (IPCC) recent report according to University of Cambridge Research Associate Harriet Mercer.

She explains that the use of the word ‘colonialism’ in the IPCC report for the first time is significant, as it demonstrates the role that many developed countries have in what has happened to date from a climate perspective.

The report reveals that colonisation has made certain people and places more vulnerable to climate change, with Ms Mercer stating: “Connecting climate change to such acts of colonisation involves recognising that historic injustices are not consigned to history – their legacies are alive in the present.”

She uses Australia as an example, citing research that claims that the ongoing bushfires in Australia have been increased by the displacement of indigenous people that used to manage the land.

This IPCC report has 44% of its authors from ‘developing countries’, which is one of the possible reasons she provides for the need to include the link to history.

She states “much of the historic meteorological data that contemporary climate scientists rely on was produced by colonising powers.

“Take the data extracted by scientists from the logbooks of mid-19th century English ships. This information was recorded as part of an effort to better connect territories colonised by the British Empire and speed up the exploitation of other people’s land and water.”

Understanding the impact of colonisation on climates is key, she reiterates, as it is not only linked through land degradation but also through export of materials and industry, which boomed during the colonial period of history.

“What is already clear is that the links between climate change and colonialism are legion, and involve confronting an uncomfortable range of legacies,” she concluded.