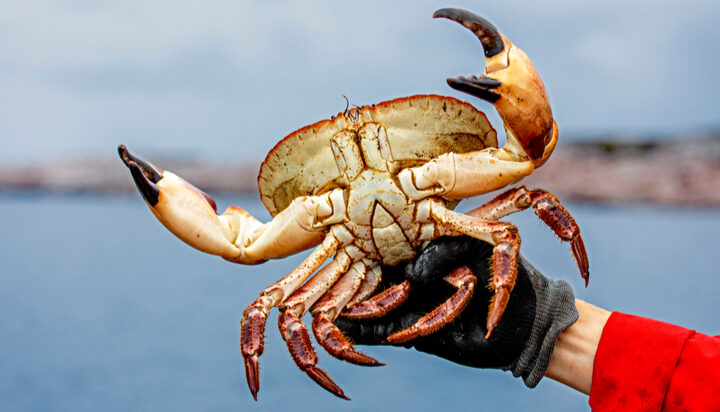 Scottish crab, lobster and monkfish have been labelled ‘fish to avoid’ in the Marine Conservation Society’s (MCS) latest report.

It has released a guide to sustainable seafood, detailing which species are dwindling in their numbers and which types of fishing are inadvertently catching whales.

Skates and rays are also on the list, with the report revealing that a third of species could become extinct due to overfishing.

The number of species joining the ‘fish to avoid’ category is steadily climbing, with 10 added last year and 14 added this year.

The MCS is calling for more stringent measures to be put in place to protect fish and promote sustainable fishing practices.

Lobster and crab have also been included in their list, as many whales migrating in the West of Scotland are becoming entangled in ropes linked with pots for the crustaceans to crawl into. These animals’ numbers are still low in general, however.

The study claims that 2.2% of local minke whales could be killed due to entanglement each year.

Shetland is the only part of Scotland that limits are in place for how many pots can be put in the water by fishermen, which the MCS claims is hugely detrimental to population numbers.

Along with monkfish, crab and lobster, Celtic Sea cod was also included in the category of avoidance.

Fisheries Policy Manager at the MCS, Clara Johnston, said: “The latest Good Fish Guide ratings, where all new UK ratings are either amber or red-rated, illustrate the urgent need for transparency and better management if we’re to recover fish stocks in UK seas.”