Under the plans, green hydrogen would be produced by SSE Renewables at the 108MW wind farm in Sutherland using Siemens Gamesa’s Renewable Hydrogen Upgrade solution 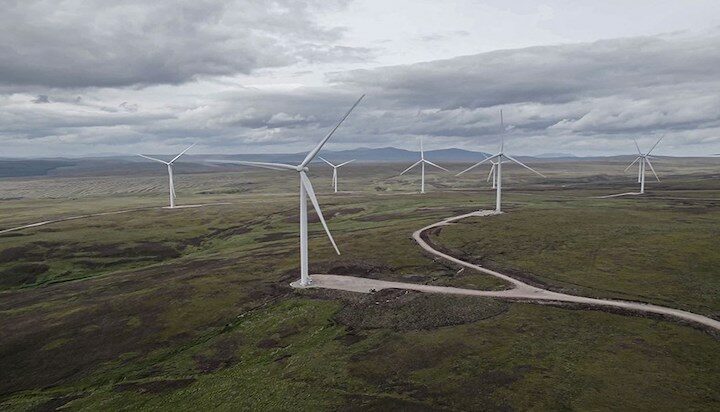 SSE has unveiled plans to produce and deliver green hydrogen through electrolysis using renewable energy from its Gordonbush onshore wind farm in the Scottish Highlands.

Under the plans, green hydrogen would be produced by SSE Renewables at the 108MW wind farm in Sutherland using Siemens Gamesa’s Renewable Hydrogen Upgrade solution.

The operational Gordonbush Wind Farm and the recently-completed Extension are located in an area between 2km north west and 10km west of Brora, generating enough electricity to power more than 105,000 homes annually in total.

The green hydrogen could then be used as a cleaner alternative to petrol, diesel or natural gas to help decarbonise hard-to-abate sectors such as industry, transport and manufacturing.

The facility would be capable of producing up to 2,000 tonnes of green hydrogen a year, supporting both the Scottish and UK Governments’ net zero targets and contributing to the UK’s goal of producing 5GW of low carbon hydrogen by 2030.

The development would also include a battery storage system which would be capable of storing any surplus or constrained renewable energy produced by the wind farm at times of excess wind on the grid.

Annant Shah, Director of Strategy and Route to Market, SSE Renewables said: “Green hydrogen produced from renewable sources such as wind energy has the potential to play a revolutionary role in decarbonising power production, heavy industry and transport, as part of our journey towards net zero emissions.

“Combining electrolyser and battery technology with wind farms could be a game changer in solving the renewables variability challenge and shows the potential for wind power to help enhance energy security by reducing our reliance on imported gas. As an integrated group, SSE has a view across the whole energy value chain and is uniquely positioned to deliver.

“With this development at Gordonbush, we’ll be able to divert some of our abundant wind resource in the Highlands to begin production of a locally-sourced low carbon fuel for transport and heavy industry, develop a green hydrogen supply chain to support local job creation and play our part in supporting Scotland’s emerging green hydrogen revolution.”