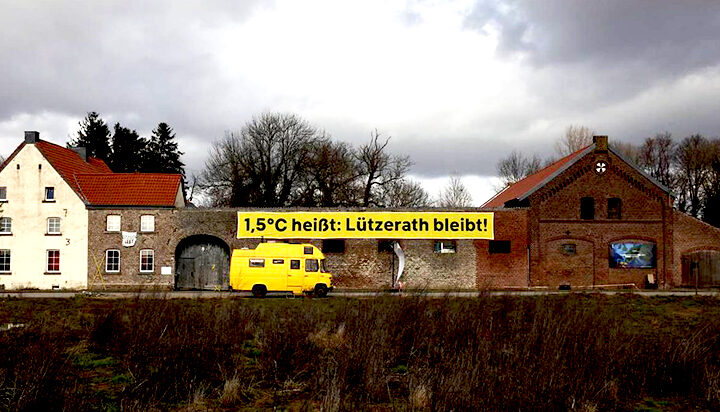 The last man who owned land in the small German village of Lützerath has been forced to sell his farm to energy company RWE.

The village is close to a local coal mine and a German court has ruled that the company will now be given access to his land to excavate the coal underneath.

Eckardt Heukamp had refused to sell his land but lost his case in the Münster Higher Administrative Court, along with two other Lützerath residents.

Left with no choice but to sell his land, he said: “My home is not a plaything for courts and politicians who want to escape responsibility for climate protection. After 10 years in conflict with RWE and their profit interests, I need time to breathe.”

Lützerath has become a key point of interest for German climate campaigners, who have set up a camp in the village, protesting RWE’s coal project.

The court found that the legal basis was lacking to decide in favour of climate protection, which has led to Heukamp having no choice but to vacate his home.

A demonstration has been organised to fight the decision on 23rd April by climate groups Lützerath Lebt and Alle Dörfer Bleiben.

A citizen from Kuckum, a local village to Lützerath empathised with Heukamp’s fate: “The psychological pressure that RWE is putting on re-settlers is absolutely inhumane. The village is getting emptier and emptier, the bones of the dead are being taken out of the cemetery, the excavators are digging towards your home day and night, the company is constantly calling you.

“If you don’t do as RWE pleases, they say: either you accept this offer now or you can look where you are staying. We are impressed how long and with how much courage Eckardt Heukamp has withstood this pressure.”

RWE have been contacted for a response.