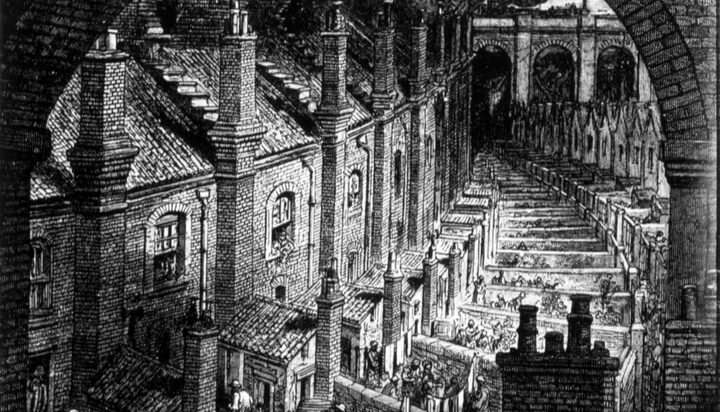 The blame for heavy rainfall or extreme droughts in recent years has been laid at the door of climate change and global warming but it’s nothing new.

That’s according to a new study by the Met Office and the University of Reading that used newly found data on Victorian weather patterns.

It reveals that rainfall records from the 1850s actually outdo what we are currently touting ‘extreme weather’. In 1855, the driest year on record in the UK took place, with November 1852 being the wettest month ever recorded for Southern England.

The data has been recovered thanks to the work of volunteers from the Rainfall Rescue project, which launched at the university during the pandemic.

More than five million weather observations were transcribed and digitised by more than 16,000 volunteers in just over a fortnight.

Rainfall Rescue lead, Professor Ed Hawkins, said: “Thanks to the hard work of the volunteers, we now have detailed accounts of the amount of rain that fell, back to 1836, as seen through the eyes of other dedicated volunteers from several generations ago.

“To put that in context, 1836 was the year Charles Darwin returned to the UK on the Beagle with Vice-Admiral Robert Fitzroy and a year before Queen Victoria took to the throne.

“The new data allows a longer and more detailed picture of variations in monthly rainfall, which will aid new scientific research two centuries on.

“It increases our understanding of weather extremes and flood risk across the UK and Ireland and helps us better understand the long-term trends towards the dramatic changes we’re seeing today.”