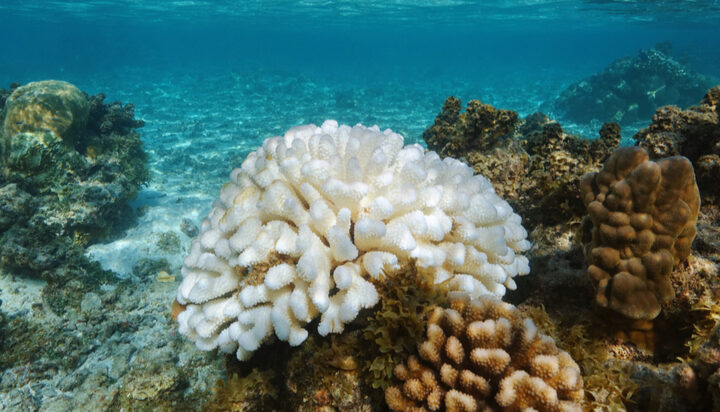 The Australian Great Barrier Reef is set to experience a fourth bleaching in six years due to climate change.

That’s according to the Great Barrier Reef Marine Park Authority (GBRMPA), which claims another spike in temperatures is going to have devastating impacts on wildlife.

Prior to 2016, only two mass bleaching events had been recorded, demonstrating the ever-growing impact of climate change on wildlife in recent years.

A bleaching is where coral loose their colours and turn white due to stress caused by rising temperatures. The removal of the vibrant colours comes from the coral rejecting the algae and if temperatures remain high, the algae will not be allowed back onto the coral, leading to their death.

The GBRMPA stated that temperatures in March were as high as 4°C above the average in the reef, stating: “Weather patterns over the next couple of weeks continue to remain critical in determining the overall extent and severity of coral bleaching across the marine park.”