DHL Express plugs in 270 new electric vans in the UK

The zero-emission vans will enter operation between May and September, servicing more than 30 locations, including London, Manchester, Birmingham, Southampton, Edinburgh and Glasgow 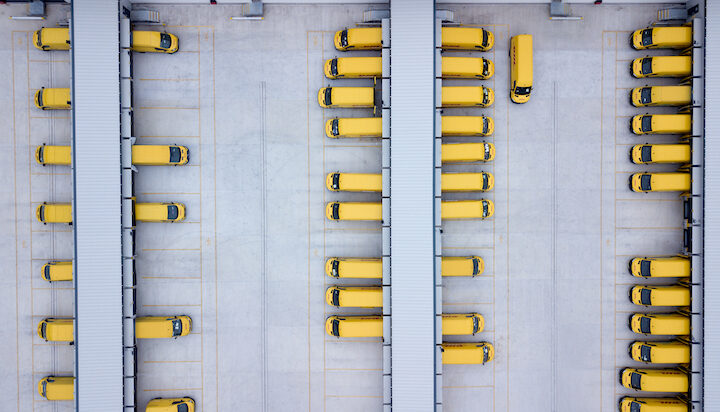 DHL Express has announced the roll out of 270 new electric vans which will be used as part of its last-mile fleet.

The zero-emission vans will enter operation between May and September, servicing more than 30 locations, including London, Manchester, Birmingham, Southampton, Edinburgh and Glasgow.

The Ford E Transits have a range of 140 miles and a payload of around 1,000kg, similar to the diesel vans they are replacing.

They follow the introduction of 50 electric vans to operate across the UK, supporting DHL Express’ ongoing commitment to ensure a 100% electric UK-wide courier fleet by 2030.

Richard Crook, Director of Fleet at DHL Express said: “We’re thrilled to be sharing another update on our journey to a fully electric fleet. We’re extremely proud of the progress made so far in reducing the environmental impact of our fleet and this next stage of roll-out is a positive step towards achieving net zero emissions by 2050.”

DHL is also focused on developing the infrastructure to support its EV rollout and in addition to stand-alone charging points, it now operates 10 fully integrated EV-ready sites, with an additional three opening this spring and 13 more planned for later this year.