The Mayor of London has provided £65,500 in funding to install the electric moorings 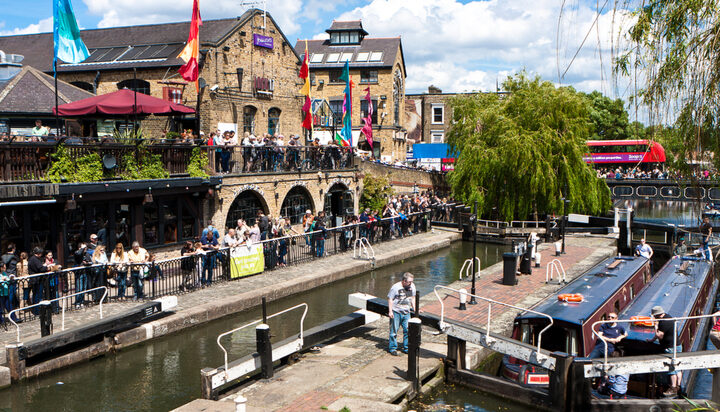 Camden is well known for the boats that float down Regent’s Canal through the busy Lock but shoppers might be in for cleaner air in the market, as electric chargers are set to be installed.

Camden Council has partnered with the Canal & River Trust and the Mayor of London to deploy electric hook ups along the canal to replace diesel power.

The mayor has provided £65,500 in funding for the installation of four electric power supply bollards that can charge up to sixteen boats.

The new ‘Camden Electric Moorings’ area will clean-up the air along Regent’s Canal and throughout the area.

Councillor Adam Harrison said: “Air pollution is the largest environmental risk for health and as many as 4,100 deaths in London each year are attributed to exposure to polluted air.

“Air pollution comes from many sources including from the use of fossil fuels such as diesel in vehicle engines, like those often used on canal boats for propulsion and on-board electricity generation.

“The Camden Electric Moorings will help to improve air quality and protect public health in the vicinity of the canal, which in addition to the mooring area includes several residential buildings as well as a primary school.

“The Moorings will also help to tackle the climate crisis by enabling boaters to switch from diesel to green mains electricity while moored.”

“I’m pleased to support Camden in taking another step towards combatting the toxic air in our city and I look forward to seeing more electric moorings commissioned across London’s canal network,” added Deputy Mayor for Environment and Energy, Shirley Rodrigues.