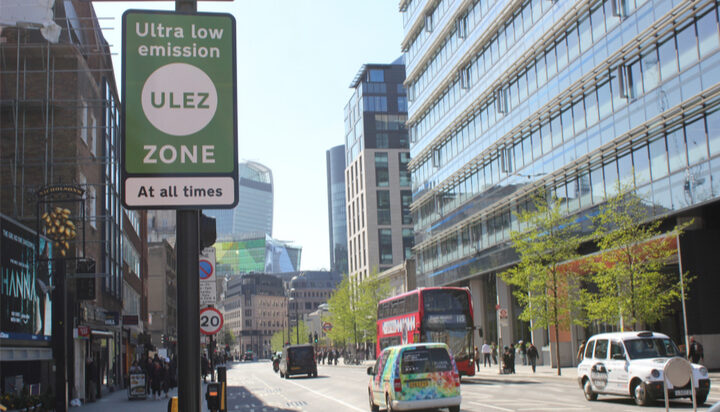 London Mayor Sadiq Khan has announced plans to extend the Ultra Low Emission Zone (ULEZ) charge to cover the whole of London in 2023.

He is asking Transport for London (TfL) to consult on expanding the ULEZ to protect Londoners and the economy from the damaging impacts of air pollution and carbon emissions.

It would explore options on charging drivers per mile depending on how polluting the vehicles are, the level of congestion in the areas and access to public transport.

Under the current scheme, people driving older and more polluting vehicles are charged to enter the north and south circular roads in London, with most vehicles paying £12,50 each day, in addition to the congestion charge.

The new proposals would see the charge extended to Greater London, following a public and stakeholder consultation but both the Clean Air Charge and the Greater London Boundary Charge will be ruled out.

Latest analysis by City Hall reveal more than 500,000 people in London boroughs suffer from asthma and are vulnerable to the impacts of toxic air.

A separate initial assessment found a London-wide ULEZ expansion would reduce NOx emissions from cars and vans by between 285 tonnes and 330 tonnes and cut carbon emissions in outer London by between 135,000 tonnes to 150,000 tonnes.

In addition, the number of the most polluting cars on London’s roads would be reduced by between an additional 20,000 to 40,000 a day.

Mr Khan said: “The triple challenges of tackling toxic air pollution, the climate emergency and congestion mean we need to further reduce emissions from vehicles in London. We simply don’t have time to waste. The climate emergency means we only have a small window of opportunity left to reduce carbon emissions to help save the planet. And despite the world-leading progress we have made over the last few years, there is still far too much toxic air pollution permanently damaging the lungs of young Londoners and leading to thousands of deaths every year, with the greatest number of deaths attributable to air pollution in outer London boroughs.

“This is also a matter of social justice – with air pollution hitting the poorest communities the hardest. Nearly half of Londoners don’t own a car but they are disproportionally feeling the damaging consequences polluting vehicles are causing.

“I believe the proposal to extend the ULEZ London-wide will have the biggest effect on emissions and congestion relative to the potential financial impact on Londoners as a whole. We are also proposing to introduce the biggest scrappage scheme feasible to help Londoners on low incomes, disabled Londoners and businesses.”