IPCC: “Half of the world’s population highly vulnerable to climate change” 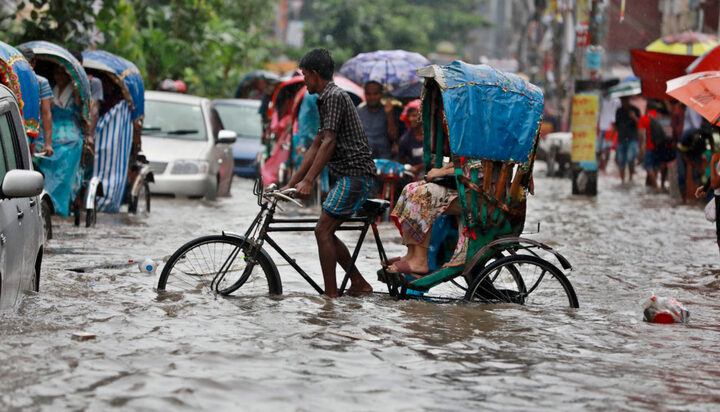 Scientists have today confirmed that the world cannot revert some of the impacts of climate change.

The stakes for the planet have never been higher, the Intergovernmental Panel on Climate Change (IPCC) claimed today publishing its next major climate report on Impacts, Adaptation and Vulnerability.

The IPCC carries out these large-scale reviews of the latest research on warming every six or seven years on behalf of governments. This set of three is their sixth assessment report.

That follows the first part of the sixth assessment report which was published in August last year.

The report concluded that many changes in the climate were being seen and many of them were likely to be ‘irreversible’.

The second part of the report focuses on how these changes will impact people’s lives and the importance of adaptation practices.

The world faces unavoidable multiple climate hazards over the next two decades with global
warming of 1.5°C, the IPCC warned.

Even temporarily exceeding this warming level will result in additional severe impacts, some of which will be irreversible.

Risks for society will increase, including to infrastructure and low-lying coastal settlements.

Under all emissions scenarios, the IPCC anticipates a billion more people to be at risk from coastal-specific climate hazards in the next few decades.

UN Secretary-General Antonio Guterres said: “With fact upon fact, this report reveals that people on the planet are getting clobbered by climate change.

“Nearly half of the humanity is living in the danger zone now. Many ecosystems are at the point of no return now. The carbon pollution is forcing the world’s most vulnerable on a frogmarch to destruction now.

“The facts are undeniable. This application of leadership is criminal. It is essential to meet the goal of limiting global temperature rise to 1.5°C and science tells us that will require the world to cut emissions by 45% by 2030 and achieve net zero emissions by 2050.”

Professor Debra Roberts, Co-Chair of the IPCC, said: “Our report clearly indicates that places where people live and work may cease to exist, that ecosystems and species that we have all grown up with and that are central to our cultures and inform our languages may disappear.”

In response to the IPCC report a UK Government spokesperson said: “The UK is leading the world in tackling climate change, decarbonising our economy faster than any country in the G20 and helping over 90% of the global economy set net zero targets during our COP26 Presidency – up from 30% two years ago.

“Today’s stark report from the IPCC is a reminder to the world about how climate change is affecting our planet, underlining that we need to go further and faster to adapt and generate more clean power to reduce countries’ exposure to expensive global gas prices, embracing the commitments of the Glasgow Climate Pact.”