Hadrian’s Wall the next victim of climate change? 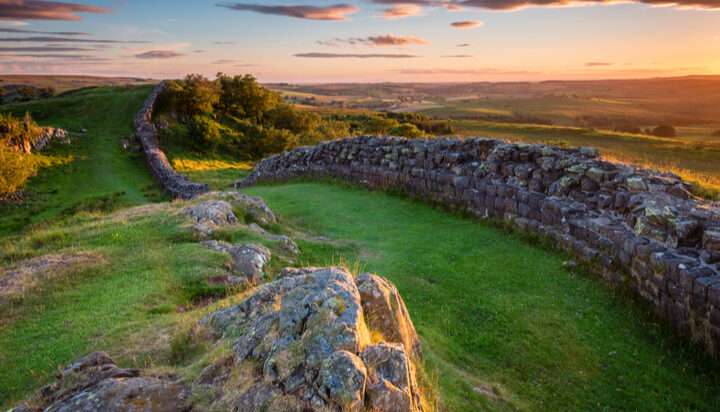 Climate change is damaging the archaeological deposits of Hadrian’s Wall at the Fort of Magna.

That’s according to archaeologists and scientists from the Universities of Newcastle and Teesside, working with the Vindolanda Trust and Historic England.

Magna is the former home of ancient Roman regiments from Syria and the Dalmatian Mountains, who served in Britain during the Roman times – but changes in climate are threatening this jewel of British history.

The scientists have found the land around the fort to be rapidly drying, exposing the Roman layers to the air and putting them at risk of erosion and disappearing altogether.

In monitoring the situation, the researchers made a great discovery – the remains of an ancient lake running between the fort and Hadrian’s Wall that has preserved many Roman remains from the time of building.

The oxygen-free conditions have allowed these artefacts to remain in a fantastic state but climate change also poses a threat to their survival.

Studies will continue to understand what needs to be done to protect the site and the extent of the damage.

“Understanding the impact of current climatic conditions upon sites, especially at the molecular level is challenging but important to ensure development of management strategies to mitigate environmental challenges of the future.”

Dr Andrew Birly, Director of the Vindolanda Trust, added: “The continuing monitoring at Magna will provide the data we need to understand the extent to which climate change, heavy rainfall, heatwaves and drought events, are having an impact on this precious resource.”