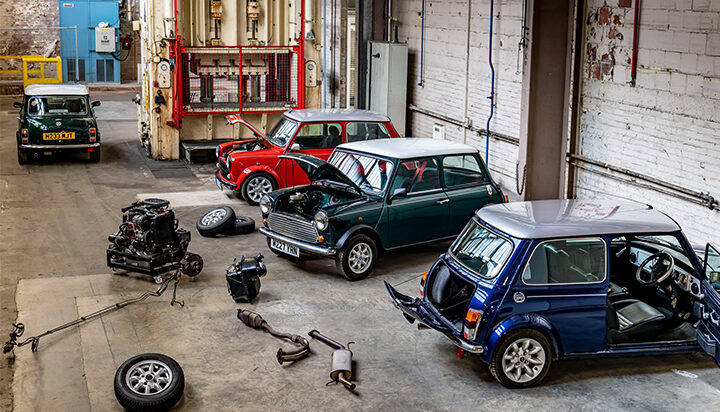 Classic Minis may not be having their doors blown off – but electric motors are on the cards!

The idea began with Mini’s team at its plant in Oxford, who offered a service of taking old Minis owned by customers and giving them an electric feel and has now developed into a concept taken on board by its owner.

Following its original launch in 1959, the Mini was met with huge popularity, becoming synonymous with 1960s British culture and eventually gained a large cult following. Those in charge of the project have ensured they will not mess with what has led to the car becoming so loved.

BMW Group has revealed that all changes made in the conversion are reversible but simply put, the petrol engine is replaced with an emission-free drivetrain.

Minis have been well known for shooting down the roads at quick speeds due to their size and this does not fade with the electric conversion – its battery can have the car at 62mph in just nine seconds.

Mini Recharged has stated that the battery gives the car a range of around 100 miles on one charge.

The classic car can be driven through central London with the conversion – meeting ULEZ standards – with no requirement for a new registration plate.

Bernd Körber, Head of the Mini Brand, said: “What the project team are developing preserves the character of the classic Mini and enables its fans to enjoy an all-electric performance. With Mini Recharged, we are connecting the past with the future of the brand.”