Renewable materials and energy – the answer to net zero plastics? 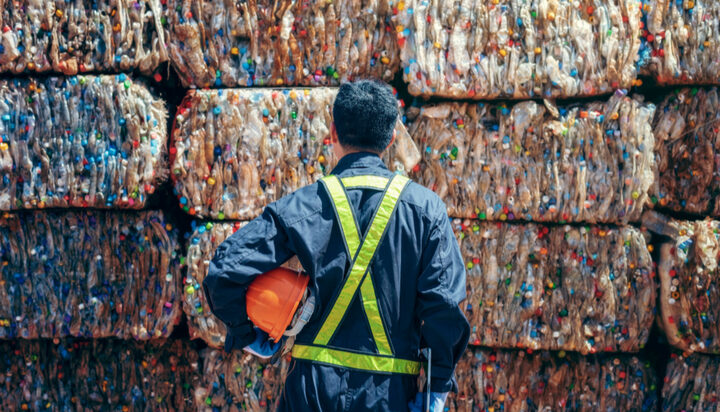 Shifting to zero-emission plastics is key, as consumption of plastic is expected to triple by 2050.

That’s according to a new report from Covestro’s Markus Steilemann, claiming the technology is in place to make the shift but ‘all we need is the will’.

The report reveals the chief reason for plastics’ negative impact on the environment and climate change is due to both their production and how they are dealt with by consumers – and that this is the key to the change.

It estimates that by 2030, the chemical and plastics industry could account for the same level of greenhouse gas (GHG) emissions as 300 coal-fired power plants.

It also reveals that 4-8% of worldwide annual oil consumption is due to plastics, with crude oil a key component in their production. The study forecasts this number could be as high as 20% by 2050 – a time when most of the world is aiming to hit net zero.

In terms of their treatment from consumers, the research reveals that between 1950 and 2015, 80% of plastic waste ended up either in landfills or polluting the environment. It emphasises this is not an issue solely related to plastics; of the 100 billion tonnes of material in circulation worldwide, only 8.6% is recycled.

The report suggests extracting carbon from sources other than crude oil, such as waste, biomass and carbon dioxide will contribute heavily to lowering the environmental footprint it leaves behind.

This allows carbon to be circulated rather than released into the atmosphere and means oil can be left underground.

Mr Steilemann writes: “Research shows how the raw material combination of biomass, carbon dioxide and recycled waste (with an effective recycling rate of 70%) can be used to produce plastic with net zero emissions. However, emission-free wind power must be added.

“Renewable raw materials plus renewable energy: this is the successful duo for a future-oriented plastics production.”