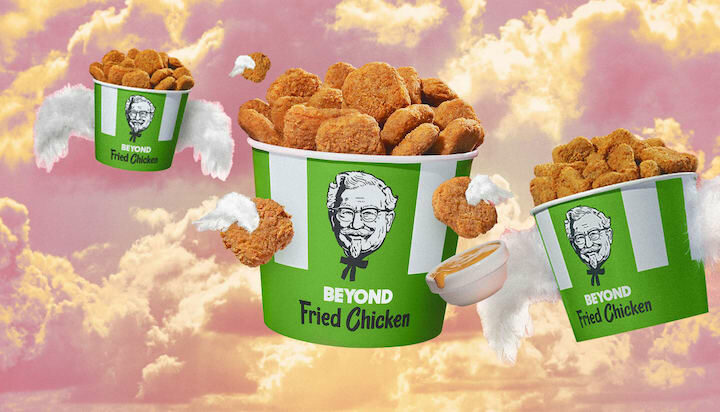 KFC has launched plant-based fried chicken in its restaurants across the US in partnership with Beyond Meat.

It is offering the Beyond Fried Chicken for a limited time following years of testing to create a meat substitute that mimicked the taste and texture of chicken.

KFC introduced plant-based chicken when it tested its first iteration of Beyond Fried Chicken in August 2019 as part of a limited-run test in Atlanta, which sold out in less than five hours.

It was expanded to select restaurants in Nashville and Charlotte in 2020.

The latest launch comes as more consumers are embracing a “flexitarian diet” in which they reduce their meat consumption for environmental and health reasons, driving the popularity of plant-based substitutes.

Kevin Hochman, President of KFC US said: “The mission from day one was simple – make the world-famous Kentucky Fried Chicken from plants.

“And now over two years later we can say, ‘mission accomplished’.”