Violence driven by warming temperatures is breaking out in Cameroon – leading to more than 30,000 being displaced or attacked 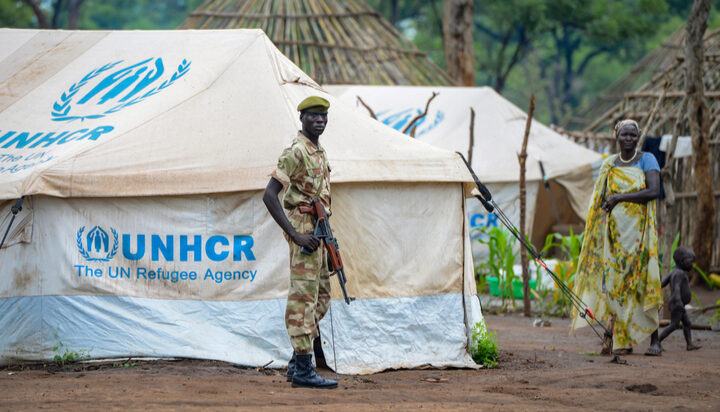 Climate change is not just clearly impacting the planet but people’s lives as a result – seen most recently with mass displacement in Cameroon.

The UN has reported that fighting within communities in northern Cameroon has led to tens of thousands of people being forced to flee their homes, driving further poverty, instability and violence.

The causal factor is deemed to be climate change.

Last week, the UN Chief António Guterres proclaimed to the Security Council that ‘climate change drives terrorism’, given exploits in water shortages from organisations to gain a foothold in developing countries.

Cameroon has been the victim of heavy droughts throughout Lake Chad as a result of climate change; leading to the region’s herders, fishermen and farmers losing income and intensifying violence and conflict.

Clashes between herders, fishermen & farmers over dwindling water resources in Cameroon’s Far North forced 30,000+ people to flee to Chad. We call for an end to the violence and the support of the international community to assist the victims & refugees. https://t.co/XjMBzdlKrj pic.twitter.com/tAPuhHffjN

Boris Cheshirkov, spokesperson for the UN’s Refugee Agency UNHCR, explained that dwindling water resources have led to 10 villages being burned to the ground.

He commented: “UNHCR is deeply concerned by renewed intercommunal clashes that erupted this week in Cameroon’s Far North region, displacing thousands inside the country and forcing more than 30,000 people to flee to neighbouring Chad.

“Since Sunday 5 December, at least 22 people have been killed and 30 others seriously injured during several days of ongoing fighting.”

The Refugee Agency has revealed that 80% of those being displaced and forced to flee are women and children.

“The main reason that this tension has been breaking and getting worse is climate change, because they depend on the waters of the Logone river, which is one of main tributaries of Lake Chad; Lake Chad has been shrinking over six decades now, it has lost 95% of its surface water,” Mr Cheshirkov explained.

The Refugee Agency is calling for more action to be taken from developed countries to help these nations in battling climate change, stating that 90% of refugees are coming from climate vulnerable hotspots.