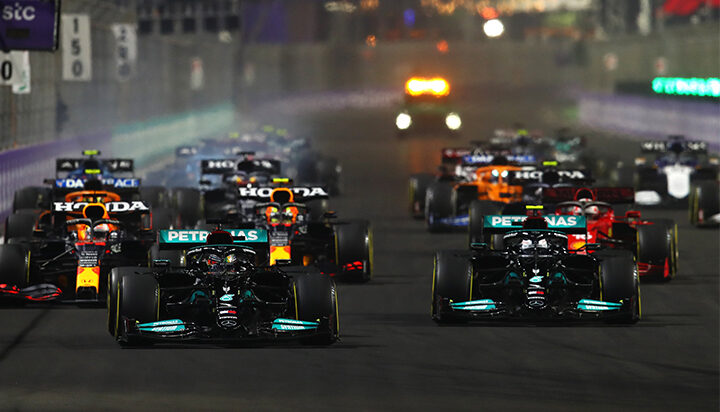 The Mercedes Formula One team has pulled the plug on its sponsorship with Kingspan just one week after it was announced.

Kingspan made insulation materials used in the Grenfell Tower fire and Mercedes had been heavily criticised for the deal.

The car driven by Sir Lewis Hamilton in his most recent victory at the Saudi Arabian Grand Prix had Kingspan’s logo across it – but the racing driver insisted the deal was “nothing to do with him” at the weekend.

The F1 team released a statement reading: “The Mercedes-AMG Petronas F1 Team and Kingspan today announced that they have mutually agreed to end their partnership.

“Both parties have subsequently concluded that it is not appropriate for the partnership to move forward at the current point in time, notwithstanding its intended positive impact and we have therefore agreed that it will be discontinued with immediate effect.”

The Mercedes-AMG Petronas F1 Team and Kingspan today announced that they have mutually agreed to end their partnership with immediate effect. pic.twitter.com/NiQjvX5BIh

Kingspan commented: “We are deeply aware of the sensitivities raised in recent days and so we have jointly agreed that it’s not appropriate to move forward at the current point in time.

The company stated its K15 insulation was used without its recommendation and made up only 5% of the insulation within the block. “It was substituted without our knowledge,” it said.

The 2017 Grenfell Tower disaster led to the death of 72 people.