Melbourne’s buildings could provide 74% of its energy needs

Fully integrated solar across the Australian city could cover three-quarters of its electricity consumption, a new study has found 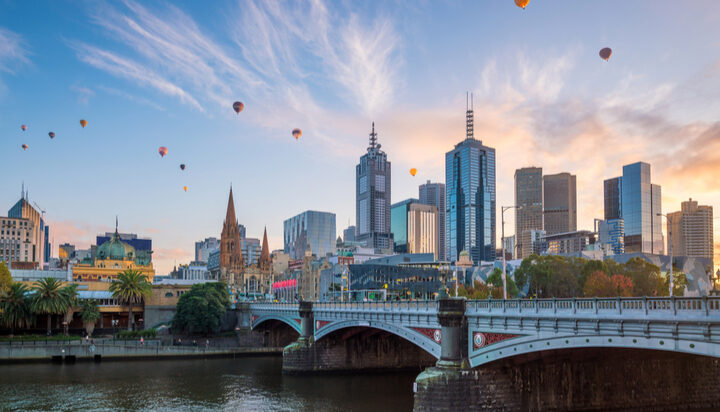 Buildings in the Australian city of Melbourne could provide close to three-quarters of the city’s own electricity needs through fully integrated solar in rooves, walls and windows.

That’s according to new research by Monash University, the ARC Centre of Excellence in Exciton Science and the University of Lisbon.

The study models the viability and impacts of window-integrated photovoltaic (PV) solar at a city scale.

It found that solar windows and rooftop PV technology could cut the city’s carbon footprint drastically and almost make it self-sustaining in its energy usage and production.

Comparing the level of energy that would be produced from integrating the solar with the city’s 2018 electricity consumption figures revealed that 74% of the city’s needs would be covered.

Lead author of the study, Professor Jacek Jasieniak, said: “We began importing coal-fired power from the LaTrobe Valley in the 1920s to stop the practice of burning smog-inducing coal briquettes onsite to power our central business district buildings – and it’s now feasible that over one hundred years later, we could see a full circle moment of Melbourne’s buildings returning to local power generation within the CBD – but using clean, climate-safe technologies that help us meet Australia’s net zero 2050 target.”

Dr Maria Panagiotidou added: “In the near future, market penetration and deployment of highly efficient solar windows can make a substantive contribution towards the carbon footprint mitigation of high-rise developments.

“As the world transitions towards a net zero future, these local energy solutions would play a critical role in increasing the propensity of PVs within urban environments.”