A compromise, a death-knell for coal power or a big failure to phase out fossil fuels – what leaders and industry think about the COP26 agreement? 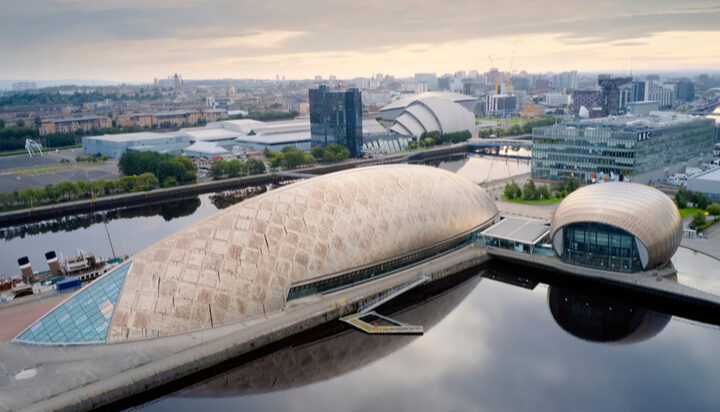 But how did the world leaders and industry react to the deal?

UN Chief Guterres acknowledged the COP26 outcome in a statement following the deal reached on Saturday evening. He said: “The COP26 is a compromise, reflecting the interests, contradictions and state of political will in the world today. It’s an important step but not enough.

“Our fragile planet is hanging by a thread, we are still knocking on the door of climate catastrophe.”

In a follow-up tweet, UN Secretary-General Antonio Guterres wrote: “My message to young people, indigenous communities, women leaders, all those leading on climate action: I know you might be disappointed, but we are in the fight of our lives and this fight must be won.

“Never give up, never retreat, keep pushing forward, I am with you.”

In a press conference held yesterday Prime Minister Boris Johnson said that Glasgow sounded the death-knell for coal power: “At Glasgow, we’ve turned that dial down to around two degrees.

“That’s still far too high. But for all our disagreements the world is undeniably heading in the right direction.

“Even the most pessimistic commentator will tell you that that goal of restricting the growth of temperatures to 1.5°C is still alive.”

However, the Prime Minister added that his delight at COP26 progress is tinged with disappointment for these countries that abstained from the climate conference or were not ambitious enough on their commitments.

He said: “Sadly that’s the nature of diplomacy. We can lobby, we can cajole, we can encourage but we cannot force sovereign nations to do what they do not wish to do.”

Time for warm words is over

“The Glasgow Pact may be seen as a tipping point for governments around the globe to get real on the need to tackle climate change.”

The era of coal is ending

Jennifer Morgan, Executive Director of Greenpeace said: “The text is meek, it’s weak and the 1.5°C is only just alive, but a signal has been sent that the era of coal is ending.

“Glasgow was meant to deliver on firmly closing the gap to 1.5°C and that did not happen, but in 2022 nations will now have to come back with stronger targets.”

There is still a mountain to climb

Commenting on the agreement, RenewableUK‘s Chief Executive Officer Dan McGrail said: “It is clear that we still have a mountain to climb to limit global warming to 1.5°C. That’s why it is so important for countries to revisit and strengthen their plans to reduce emissions at next year’s COP in Egypt instead of waiting until 2025.

“We also need to see clearer road maps from each country on how they plan to reach net zero with more ambitious targets for rolling out the clean technologies which will do the heavy lifting on decarbonisation.”

Rachel Kennerley, a climate campaigner at Friends of the Earth, said: “The road to 1.5 just got harder when these talks should have cleared the way to make it a whole lot easier.

“The UK Government cunningly curated announcements throughout this fortnight so that it seemed rapid progress was being made. Here we are though and the Glasgow get-out clause means that leaders failed to phase out fossil fuels and the richest countries won’t pay historic climate debt.”

For the Chief Executive and Co-Founder of the climate change think tank E3G Nick Mabey the real task begins now as every delegate has to deliver on their Glasgow promises after leaving COP26: “Leaders came to Glasgow with some real progress but also the realisation this was not enough to keep their citizens safe.

“By agreeing on this emergency package they have responded to rising climate damage with an action plan to keep 1.5°C within reach.”

My message to young people, indigenous communities, women leaders, all those leading on #ClimateAction:

I know you might be disappointed. But we're in the fight of our lives & this fight must be won.

Never give up.
Never retreat.
Keep pushing forward.
I am with you. #COP26