Adopted by nearly 200 countries, the agreement asks all countries to strengthen their current emissions targets in 2022 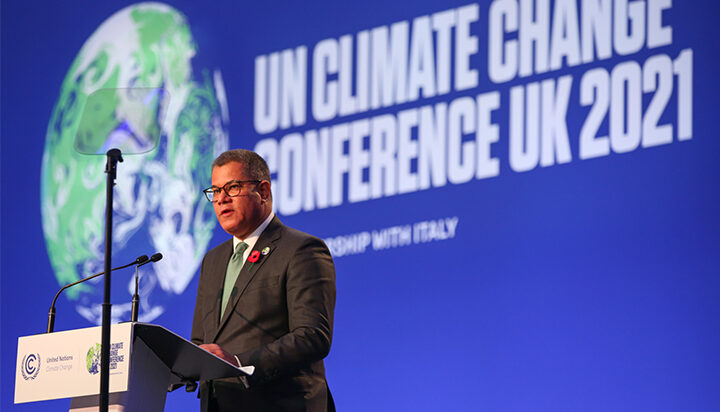 The ten-page long deal was struck after both China and India asked for Article 36 of the pact to remove a reference to “phasing out” fossil fuel subsidies and coal and replace it with “phasing down”.

COP26 President Alok Sharma offered an emotional apology as he was announcing the Glasgow Climate Pact.

He said: “I apologise for the way this process has unfolded and I am deeply sorry. I also understand the deep disappointment but I think as you have noted it is also vital that we protect this package.”

The text of the agreement asks countries to replace their 2030 national climate action targets with more ambitious emission reductions by the end of next year.

It also asks them to comply with standards set by the 2015 Paris Agreement, which asked countries to make changes to keep global warming “well below” 2°C and aim for 1.5°C by the end of 2022 to prevent climate catastrophe.

COP26 President Alok Sharma said: “We can now say with credibility that we have kept 1.5°C alive. But, its pulse is weak and it will only survive if we keep our promises and translate commitments into rapid action. I am grateful to the UNFCCC for working with us to deliver a successful COP26.

“From here, we must now move forward together and deliver on the expectations set out in the Glasgow Climate Pact, and close the vast gap which remains. Because as Prime Minister Mia Mottley told us at the start of this conference, for Barbados and other small island states, ‘two degrees is a death sentence’.

“It is up to all of us to sustain our lodestar of keeping 1.5°C within reach and to continue our efforts to get finance flowing and boost adaptation. After the collective dedication which has delivered the Glasgow Climate Pact, our work here cannot be wasted.”