Nicola Sturgeon: ‘This is not charity, it is our obligation’ 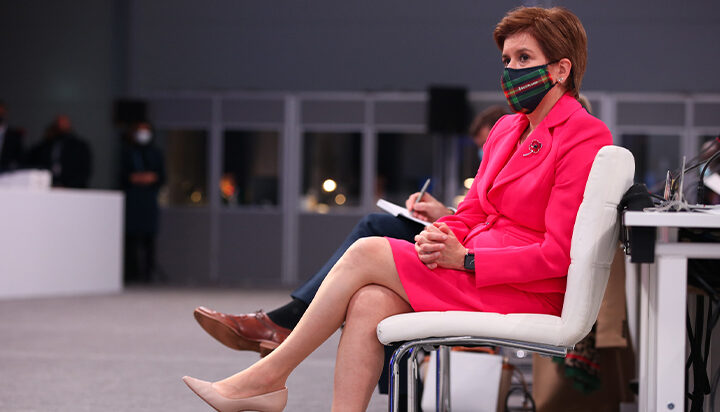 First Minister of Scotland Nicola Sturgeon has announced that the Scottish Government will increase its climate funding to help developing countries tackle climate change by 50%.

This is a 50% increase on top of the previous commitment made to double the fund as part of the country’s contribution to COP26 negotiations.

She described financial efforts made so far from developed countries as “simply not good enough” and that a “can-do” attitude must be adopted in the final days of the summit to ensure the necessary progress can be made.

She said: “It is time for leaders of developed countries, large and small, to do what is needed to bridge the remaining gap and put on the table now the money that is needed to make good on past commitments and unlock progress in other areas.

“Scotland is a relatively small country of just five million people and we do not have substantial powers of borrowing. That means our contribution will always be relatively small in a global context. However, we can still lead by example and there has never been a more vital time to do so.

“All of my conversations with delegates from the global south over these two weeks – and the obvious need to increase the overall ambition of the draft cover text published yesterday – have convinced me that rich countries must do more on finance in the final hours of COP if we are to secure the best possible outcome. That is not charity, it is our obligation.

“Accordingly, the Scottish Government – having already committed to doubling our climate justice fund to £24 million in this Parliament – has now decided to increase it by a further £12 million. That means since the fund opened in 2012, we will have trebled Scotland’s contribution to Climate Justice.

“If Scotland can up its contribution, there is no good reason why the larger, developed countries around the negotiating table cannot do so too.

“I call on all leaders to step up and secure the outcome from this Glasgow COP that our planet needs.”