COP26: Unions urge UK Presidency not to turn its back on workers or it will fail 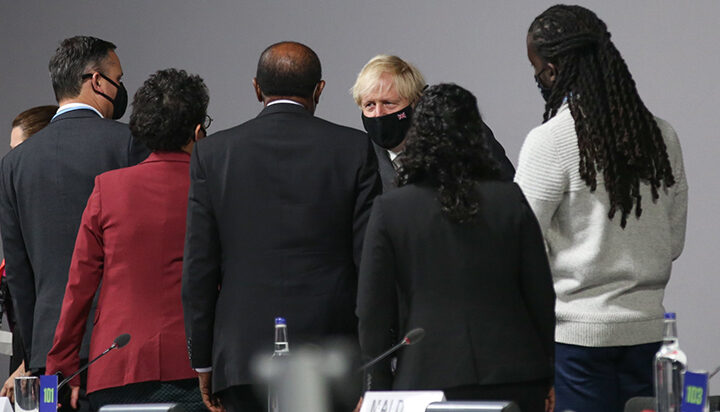 Trade union delegates at the climate summit in Glasgow have written a letter to COP26 President Alok Sharma warning him that he is putting progress at risk by neglecting the need for international commitments to a ‘just transition’.

The letter states that the Paris Agreement committed nations to taking account of “the imperatives of a just transition of the workforce and the creation of decent work and quality jobs in accordance with nationally defined development priorities”.

In a joint statement, the TUC, Scottish TUC and Wales TUC, said: “The UK COP President Alok Sharma MP has repeatedly committed to just transition as an essential component in rapidly moving the world away from fossil fuels. But so far, the UK Presidency has invested little political capital including just transition in the climate agreement negotiations – leaving workers around the globe out in the cold.

“We applaud the UK COP Presidency’s role in preparing the Declaration on “Supporting the Conditions for a Just transition Internationally”, which was launched last week. But this is a parallel initiative and not part of the binding UNFCCC agreements.

“Similar efforts need to be made to incorporate just transition and labour rights into the official COP26 negotiations.”

A COP26 spokesperson told futureNetZero.com: “We recognise our role in working to ensure that no one is left behind in the transition to a net zero and climate-resilient future.

“This is why at COP26 the UK and 15 other signatories pledged to support developing countries and emerging economies create decent and sustainable green jobs as we transition to net zero through the Supporting the Conditions for a Just Transition Internationally statement.”