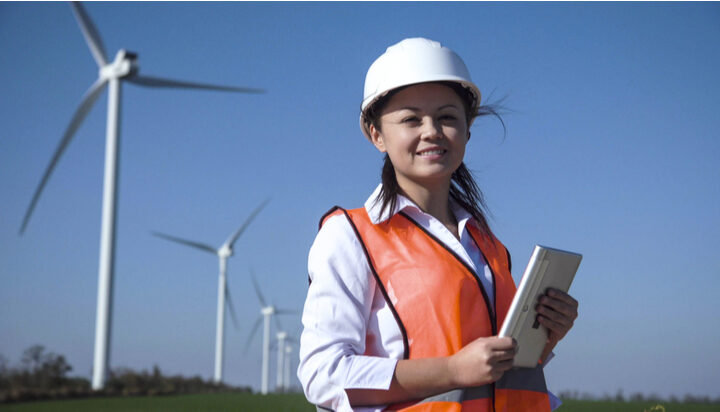 Taiwan has the most women working in offshore wind in the world.

That’s according to a new report led by the British Chamber of Commerce in Taipei, which has reviewed the representation of women in the renewable sector.

The global average of women working in offshore wind is 21% and for the Asia Pacific region this number sits at 15%.

Although Taiwan is leading the charge, with 26% of its workforce being female. In addition, many women are working in high places, with 95% of Taiwanese offshore wind companies having female line managers and 60% having female directors.

Interviews held as part of the study reveal that Taiwan has high levels of acceptance for women holding leadership positions, which has led to its higher numbers than the rest of the world.

The study hopes to instigate a shift in the way of thinking around the rest of the world and to see more women taking up roles within the industry.

The study still stresses that even in Taiwan the number of women within the wind industry is still very low, which further accentuates the problem that the industry is facing globally.

It calls for more education for women in technology and engineering subjects, more promotion of careers in offshore wind for women and improved policies to support women with families.

The release of the report follows the recent UK-Taiwan trade talks.

“We are pleased to see high participation of women in this field, making Taiwan’s offshore wind industry more diverse and innovative.”

Marina Hsu, Chairperson of Taiwan Offshore Wind Industry Association, added: “A decade ago Taiwan’s offshore wind industry was just burgeoning and was widely dominated by men. Up until today, many still perceived it as an unsuitable sector for women.

“We are proud to say that all our member companies are dedicated to supporting and encouraging more women to join the wind sector. Today, many prominent leaders in the Taiwanese offshore wind industry are women.

“There has been a sea change in women’s representation in Taiwan but we shall not be complacent, we shall know there is always work to be done to inspire, attract and retain more women in this sector.”