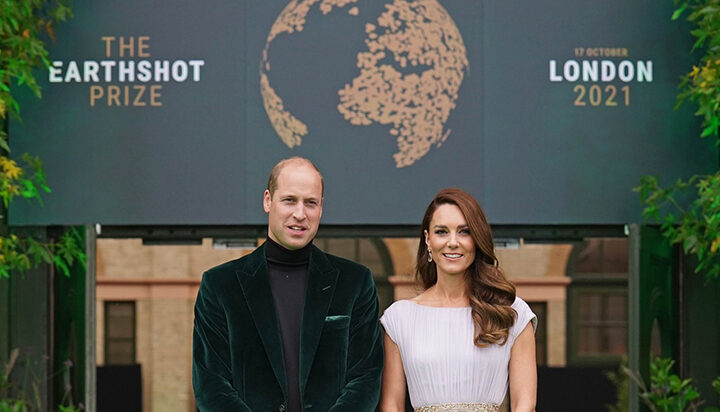 Prince William held an inaugural awards ceremony in Alexandra Palace last night for his environmental prize – the Earthshot Prize – alongside the Duchess of Cambridge and artists such as Ed Sheeran and Coldplay.

The awards were given to various people or companies based on their solutions to the greatest environmental challenges facing the planet and their ability to scale these solutions to help fight climate change.

There were five winners, each of which received £1 million in prize money, as well as a global network of professional and technical support to help scale their solutions.

Prince William said: “We are alive in the most consequential time in human history… The actions we choose or choose not to take in the next 10 years will determine the fate of the planet for the next 1,000.

“A decade doesn’t seem long but humankind has an outstanding record of being able to solve the unsolvable.

“Many of the answers are already out there… but we need everyone, from all parts of society, to raise their ambition and unite in repairing our planet. The future is ours to determine and if we set our minds to it, nothing is impossible.”

Following in his father’s footsteps in relation to climate action, Prince Charles revealed how proud he was of his son: “I am very proud of my son, William, for his growing commitment to the environment and the bold ambition of the Earthshot Prize.

“As a world, we need to come together to inspire, reimagine and build the sustainable future we so desperately need. Over the coming decade, with future generations in mind, the Earthshot Prize, and its inspirational nominees, will help us find the innovative solutions.

“In parallel, through my Terra Carta and Sustainable Markets Initiative, we will work to mobilise the trillions of dollars required to transition the global economy onto a more sustainable trajectory.

“Together, with all those who join us, we have a real opportunity to deliver a brighter future for humanity while restoring harmony between nature, people and planet.”