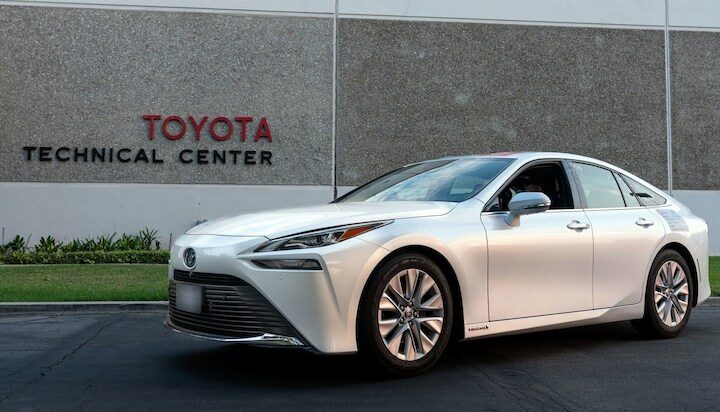 The 2021 Toyota Mirai has officially set the Guinness World Record with an 845-mile zero emission journey without refuelling.

It has achieved the title for the longest distance by a hydrogen fuel cell vehicle without having to refuel during a roundtrip of Southern California.

The duo traveled south to San Ysidro and then north to Santa Barbara, cruising through Santa Monica and Malibu beach along the Pacific Coast Highway.

They returned to TTC that evening and logged 473 miles with only two driver swaps that day.

The following day, on 24th August 2021, they pushed through 372 more miles on the San Diego freeway between Los Angeles and Orange County until the Mirai had no more hydrogen left and coasted into TTC with a total of 845 miles driven.

By the end of the trip, the Mirai consumed 5.65kg of hydrogen and passed a total of 12 hydrogen stations along the routes without refuelling.

“We are proud to be leaders of this exciting technology, which is just one of a growing lineup of zero emission vehicles in our portfolio.”

Guinness World Records Adjudicator Michael Empric validated the Mirai’s tank with a seal at both the beginning and end of the journey.

He added: “As a Guinness World Records adjudicator for 10 years, I’ve had the opportunity to witness incredible attempts, including several distance-related feats.

“The Toyota Mirai’s journey without the need to refuel showcases the power of fuel cell electric technology. This technology and the design ingenuity by the team at Toyota led to a history-making moment.”