Both issues should be intrinsically linked and have joined solutions, rather than being considered separate suggests a new report 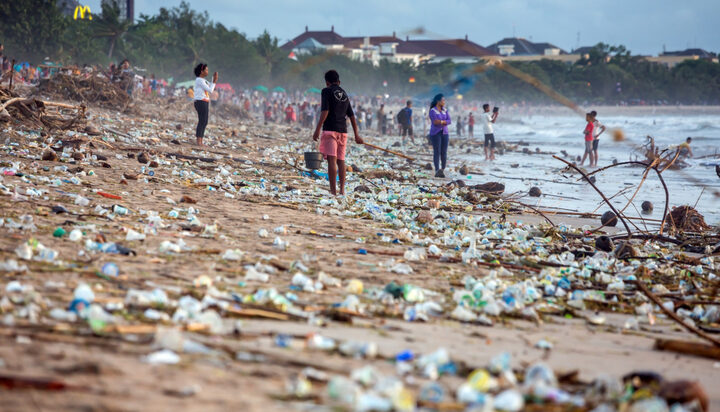 Plastic pollution makes climate change worse – they must be tackled in unison to save marine life.

That’s the claim of a new report from Zoological Society London (ZSL) and Bangor University, which has found three significant ways that the two are connected.

It cites plastic’s contribution to greenhouse gas (GHG) emissions throughout its lifecycle, the fact that extreme weather events such as floods carry and disperse plastic waste and the detrimental effect both climate change and plastic pollution have on the lives of marine animals.

The melting of sea ice due to climate change has also been linked to an increase in plastic pollution, as the ice works as a trap for microplastics but if it melts away these will all enter the Earth’s oceans.

The study raises the point that the two issues are far too commonly considered separate or competing issues when they should be one and the same.

Professor Heather Koldeway, Senior Technical Specialist at ZSL, commented: “Climate change is undoubtedly one of the most critical global threats of our time. Plastic pollution is also having a global impact – from the top of Mount Everest to the deepest parts of our ocean.

“Both are having a detrimental effect on ocean biodiversity; with climate change heating ocean temperatures and bleaching coral reefs, to plastic damaging habitats and causing fatalities among marine species.

“The compounding impact of both crises just exacerbates the problem. It’s not a case of debating which issue is most important, it’s recognising that the two crises are interconnected and require joint solutions.”

ZSL has stated that it is “urging world governments and policy makers to put nature at the heart of all decision making in order to jointly tackle the combined global threats of climate change and biodiversity loss and will be calling on leaders to make this commitment at COP26 in Glasgow in November.”