‘Pollution is killing our waterways’ 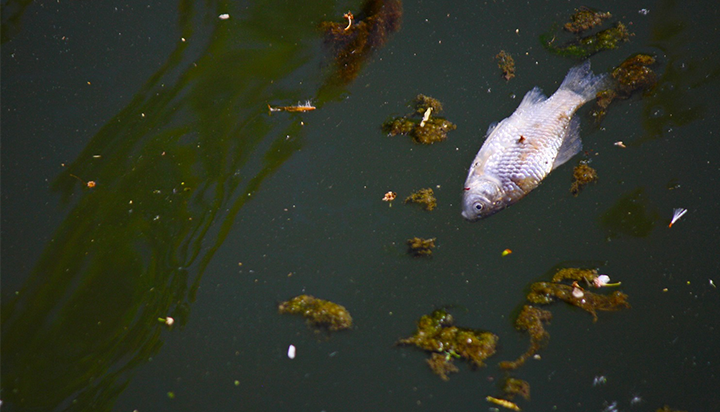 Waterways across the UK are being destroyed by agricultural waste, raw sewage and pollution from abandoned mines.

That’s according to a new report from RSPB, which claims the damage is being done despite 88% of Brits deeming freshwater habitats to be ‘national treasures’.

The poor health of waterways is having a devastating impact on the lives of species, with some facing extinction.

Only 14% of rivers in England meet the standards for good ecological status, with less than half achieving that status in Wales and only 31% of water bodies classified as good or high quality in Northern Ireland.

The report calls for changes to be made to the planning approval system, more monitoring of protected sites to track progress, accelerate the transition to regenerative farming and enforce legally binding targets for biodiversity and freshwater.

It stresses that less than 2.5% of the world’s water exists as accessible freshwater in rivers and lakes, despite 71% of the Earth’s surface being covered by water. Almost 80% of global wastewater is untreated and released directly into the environment, which is destroying the already small number of freshwater sources.

In the UK, another heavy threat to waterways is the poorly regulated use of pesticides and fertilisers that is driving pollution.

The cost of pesticide contamination to drinking water is reportedly around £120 million per year and are paid for by the public through water bills.

RSPB cites regenerative farming as essential to slashing the use of pesticides and fertilisers – which will be critical in ensuring the survival of many aquatic species.

Jenna Hegarty, RSPB’s Deputy Director of Policy, said: “Nature is in crisis and the incredible freshwater wildlife people marvelled at as they explored our countryside this summer is a fraction of what should be there.

“It is disturbing how it has become so normal for our waterways to be polluted and contaminated, and that many people do not realise there is something wrong.

“Governments must demonstrate leadership and act with urgency and ambition to bring our waterways back from the brink of collapse and revive our world. Without this some our best loved species face an increasingly uncertain future.”