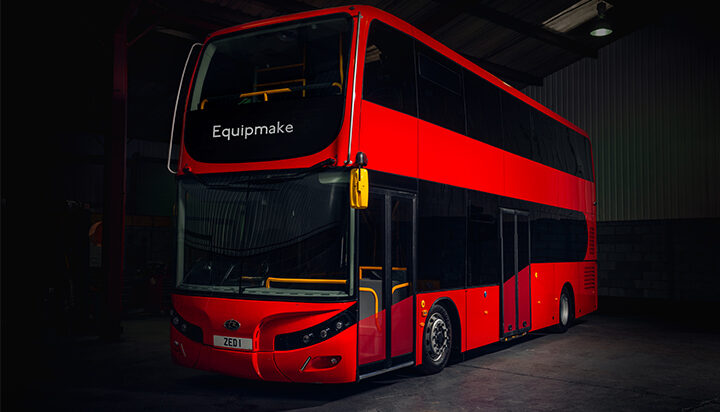 Equipmake and Beulas have joined forces to make an electric double-decker bus with 250 miles of zero-emission range.

The companies claim the new bus, called Jewel E, has the largest battery of any single axle electric double-decker bus, with 543kWh.

Jewel E is set to be built at a manufacturing plant in Norfolk and is reportedly the first electric bus to comply with Transport for London’s (TfL) new 2024 bus safety standard requirements.

The global electric bus market is projected to expand from 300,000 vehicles per year to one million by 2030 and the companies claim this bus will help get the UK on its journey to zero-emission public transport.

The bus will be trial services in 2022 and will be sold commercially later that year.

“Set to be built at an all-new manufacturing facility near to our home in Snetterton, Norfolk, Jewel E will bring new jobs to the local area and has the potential to play a crucial role in supporting the government’s commitment to introduce 4,000 electric buses in the coming three years.

“With demand increasing globally for electric buses, we believe it provides the right solution both nationally and internationally.”