World is failing to meet Paris Agreement target – except The Gambia…

A new report reveals that all countries, including those that make up the G20 are nowhere near achieving the Paris aims apart from a small West African country 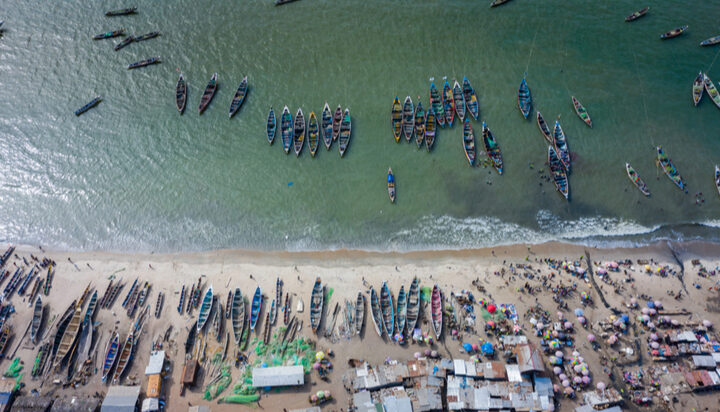 The fishing village of Tanji, The Gambia - Image: Shutterstock

With COP26 just around the corner, it seems the only country in the world to be on track to meet the Paris Agreement aims is The Gambia.

That is the verdict of a new report by Climate Action Tracker, which claims that all nations, including those that make up the G20 are nowhere near targets set to lower global temperatures.

Worldwide emissions need to be halved by 2030 to be on track for the Paris aims and the report warns that at current rates, the world would be emitting twice as much as is required for this.

The study reveals that of the 36 countries alongside the EU that were ranked, only The Gambia had made sufficient commitments aligned with this goal. Combined the countries ranked account for 80% of global emissions.

The Gambia is the only country that meets the top ranking, with Climate Action Tracker explaining that its ambitious climate targets will be implemented if financial support is made available – although it is yet to explain the level of support it will require.

Just under two months away from COP26, the research claims that certain governments including those of Australia, Switzerland, New Zealand and Russia, have not lifted their ambitions whatsoever – either submitting the same or less ambitious 2030 targets than they had expressed in 2015.

The more damning finding is that there are more than 70 countries that are yet to even submit an updated target.

Although many countries have made domestic targets, the report explains that these become immaterial when none of these governments have coughed up the required amount of international climate finance – preventing developing countries from even beginning on their journeys.

The UK, Costa Rica, Nigeria and Kenya make up some of the countries that the report deems to be ‘almost sufficient’ and the ‘critically insufficient’ countries consist of Iran, Russia, Saudi Arabia, Singapore and Thailand.

The report calls for governments to take advantage of dropping renewable energy and storage prices by accelerating installations and cutting all coal construction plans.

It highlights that net zero targets are futile if the 2030 reduction targets are not good enough and that this is the key to change.

Niklas Höhne, a researcher at NewClimate Institute, a partner organisation in the Climate Action Tracker analysis, commented: “Nothing is moving. Governments have now closed the gap by up to 15%, a minimal improvement since May. Anyone would think they have all the time in the world, when in fact the opposite is the case.”

Although the Intergovernmental Panel on Climate Change’s (IPCC) report was viewed as “a code red for humanity” by UN Secretary General Antonio Guterres, this study has revealed there has been no urgent response from the world’s largest emitters including China, India and the US.