A new study reveals that if 80% of cows were potty-trained, it could cut ammonia emissions by up to 50% 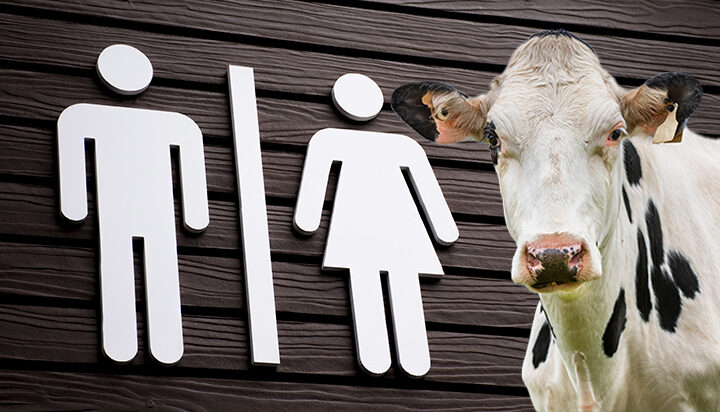 To cut down the greenhouse gas (GHG) emissions produced by their waste, cows are being ‘potty-trained’.

When cattle are allowed to urinate as they graze, the ammonia created can contaminate waterways and soil, which has led to many seeking a way to toilet-train them – scientists in Germany and New Zealand believe they may have found the key.

Ammonia turns into nitrous oxide when mixed into soil microbes, which is the third-most harmful GHG for the planet.

The scientists have called their approach the ‘MooLoo’ method, with Dr Jan Langbein from the Research Institute for Farm Animal Biology (FBN) in Germany, stating: “Cattle, like many other animals, are quite clever and they can learn a lot. Why shouldn’t they be able to learn how to use a toilet?”

The researchers began by giving a reward each time calves would use the toilet and wanted them to associate not using the toilet with punishment.

“As a punishment we first used in-ear headphones and we played a very nasty sound whenever they urinated outside.

“We thought this would punish the animals – not too aversively – but they didn’t care. Ultimately, a splash of water worked well as a gentle deterrent,” added Dr Langbein.

The experiment successfully trained 11 calves out of 16, with the scientists revealing the response levels of the animals were similar to that of small children.

The research claims that if 80% of cattle urine was collected from barns then ammonia emission levels would half.

“In a few years, all cows will go to the toilet”, Dr Langbein concluded.