The American family farm that powers up to 300 homes – using the Sun! 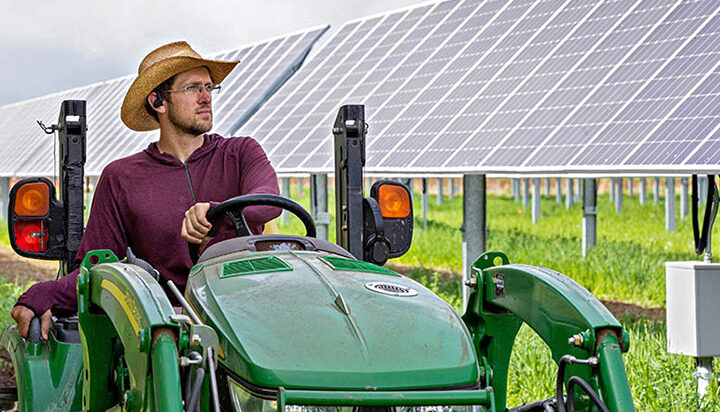 A family farm bought in the 1970s could become the industry example of how to produce energy and food in tandem.

Jack Stingerie purchased the 24-acre farm in Colorado to grow the usual produce of hay, wheat and cattle but it has recently taken a twist.

Alongside researchers from the US Department of Energy, the National Renewable Energy Laboratory (NREL) and Universities of Colorado State and Arizona, a father and son duo of Kurt and Byron Kominek have transformed the farm into ‘Jack’s Solar Garden’.

The farm has become an agrivoltaic project, meaning it harnesses the power of the Sun to grow all its crops and vegetation. The site reportedly generates enough power for more than 300 homes with its 1.2MW capacity and 3,200 solar panels.

The project is the largest of its kind in the United States and currently provides energy to a local bird protection society and helps young farmers from the area learn to cultivate crops using solar panels.

“We couldn’t have built this agrivoltaics system without the support of our community, from the Boulder County government that enabled us to build the solar array with a forward-looking land-use code and clean-energy-centric regulations to the companies and residents who purchase power from us.

“We thoroughly appreciate all those who have contributed to our success and who speak kindly of our efforts.”

The solar garden has become a trailblazer in the US for renewable farming and self-sufficiency, with an upcoming project planned in the city of Denver and updates to the Denver Botanic Gardens being planned using the model of the farm.