Could climate change give us a real-life Dumbo?

A new report suggests that animals are growing larger beaks, ears and wings in response to warming temperatures – but is this a sign of survival? 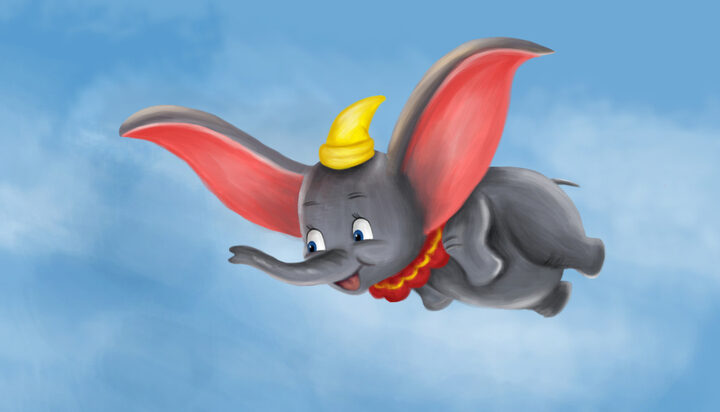 Could elephants really look like Dumbo? – Scientists say the warming of the planet could do just that.

“Prominent appendages such as ears are predicted to increase, so we might end up with a live-action Dumbo in the not-so-distant future,” said Sara Ryding, one of the authors of a new study.

The study claims that warm-blooded species’ beaks, legs and ears are evolving to accommodate for the warming of the planet.

The study references a pattern known as ‘Allen’s rule’, which involves animal species in warmer climates and lower latitudes having larger appendages.

The scientists claim the way animals are responding to climate change is a form of ‘shapeshifting’ and is being undervalued as a sign of climactic warming.

‘Allen’s rule’ is where species have larger parts of the body, such as ears or beaks, to deal with heat more efficiently, allowing it to pass through their bodies or they can overheat and die.

The research reveals that since 1871 several species of parrot have shown up to a 10% increase in the size of their bills, which directly links to the rising temperatures.

Other instances of these adaptations include wood mice gaining longer tails and bats having bigger wings.

The climate is supposedly affecting these animals in a way previously only associated with horror or sci-fi films, as their size continues to grow.

The study warns that these signs of species evolution are not a positive symbol of their survival and could lead to further issues with habitats, food cycles and more abnormal animal dysmorphia.

“Shapeshifting does not mean that animals are coping with climate change and that all is fine,” Sara says.

“It just means they are evolving to survive it, but we’re not sure what the other ecological consequences of these changes are, or that all species are capable of changing and surviving.

“The climate change that we have created is heaping a whole lot of pressure on them, and while some species will adapt, others will not”, Ms Ryding added.