Are humans to blame for last month’s devastating floods? 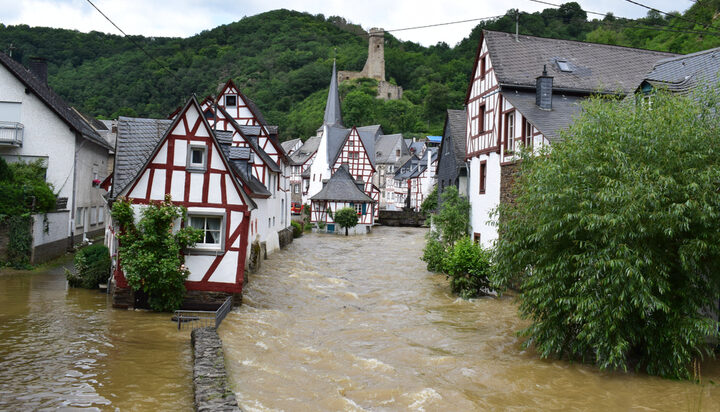 Last July saw extreme flooding across Western Europe that left a devastating footprint – there were more than 200 recorded fatalities across Germany and Belgium, with heavy damage to various housing and infrastructure including motorways and railway lines.

To what extent was this due to humankind?

The World Weather Attribution has released collaborative research from scientists across the continent to determine how much human-induced climate change was to blame.

The worst affected areas were considered the rivers Ahr, Erft and Meuse, which the scientists studied closely.

The rainfall levels witnessed reportedly broke historical records by a substantial margin and when compared with other large regions of Western Europe such as the Alps, the report made the staggering conclusion that events such as these can normally be expected every 400 years.

The researchers also revealed that climate change increased the intensity in levels of rainfall for a one-day event by up to 19% compared with a climate that is 1.2°C cooler than today.

In a climate that is 2°C warmer than preindustrial times, the report intimated that the intensity would increase up to a further 6%.

The report concluded: “Significant trends attributable to human-induced climate change are evident even if we cannot predict where exactly these events occur.

“All available evidence taken together, including physical understanding, observations over a larger region and different regional climate models give high confidence that human-induced climate change has increased the likelihood and intensity of such an event to occur and these changes will continue in a rapidly warming climate.”