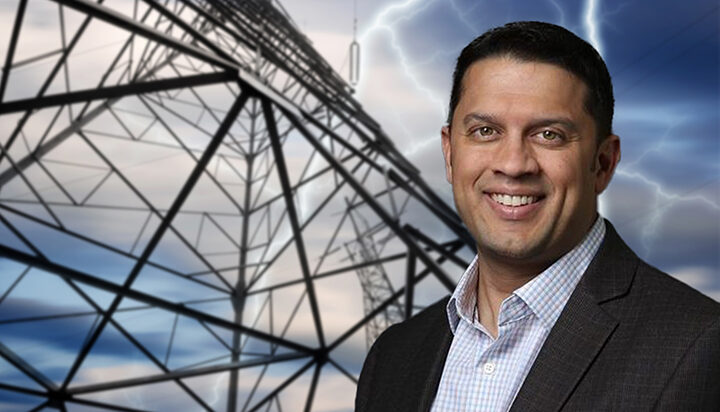 Existing energy infrastructure is no longer fit for purpose – but smart grids can change that.

That was the suggestion from Rohan Kelkar, Executive Vice-President of Power Products at Schneider Electric, who spoke to future Net Zero Editor Jonny Bairstow about how smarter, connected technologies will enable intermittent supply and increasing demand to be balanced without the need for massive increases in spending and grid reinforcements.

Rohan was keen to emphasise that although smart grids have been around for a relatively long time, the context surrounding them and the way the grid is used has changed dramatically, both in terms of load and generation.

He pointed to the falling cost of generation through renewable resources like wind and solar, which he noted had “dropped exponentially” over the last 20 years, meaning it is now significantly more economical to use clean energy resources for large-scale generation. He added that this will increase further as prices continue to fall and pressure to decarbonise increases in the leadup to 2030 and 2050.

“Renewables are a  resilient solution to the blackouts as long as they are done in a safe and sustainable way.”

With six times more electricity expected to come from renewables by 2040, rising from 6% today to 40% in the next 20 years, the type of generation is “totally different” to the historic baseload power generated largely by gas- and coal-fired power plants.

He suggested that the only way to tackle this issue is through driving urgent investment in smart decentralised bi-directional grids, adding: “It is the only way to avoid blackouts while stabilising the energy system with the help of renewables – which are having the opposite effect on traditional grids right now.”

Smart grids stabilise energy networks and use intermittent renewables to make them more resilient, rather than being unbalanced by unpredictable generation patterns.

“The ability to manage those load transitions without creating disruption is really what resilience is about.”

Rohan remained optimistic about the future and said he expects the adoption of smart technologies to rapidly increase in a post-pandemic world as the green recovery ramps up and Public-Private Partnerships increasingly focus on technologies that enable and facilitate decarbonisation.

He said: “There are still some challenges in microgrid generation today, where it’s complex to install, and maintain that’s one of the places where Schneider Electric can help – you can create these smaller “microgrid in a box” solutions, and by doing that as an end-user or as a consumer you can avoid expensive investments from having to deal with the complexity of installing and maintaining these solutions while benefiting from resilience to instability in the centralised grid.

“In many ways you create resiliency – you can even have the ability to supply some of that flexibility when your own microgrid has power in excess.”