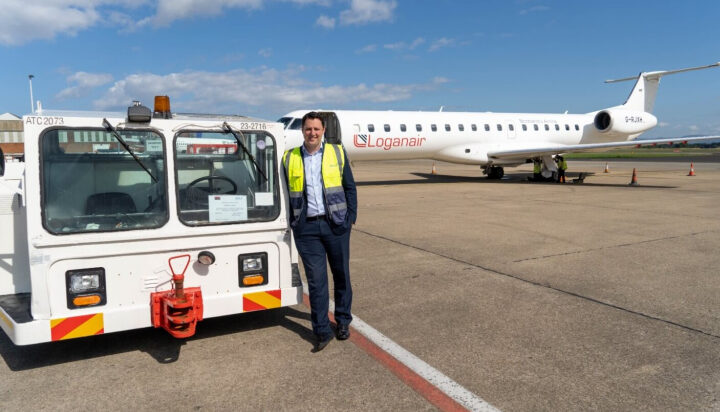 Teesside Airport has been announced as one of the UK’s first pilot areas to test hydrogen vehicles as part of the Tees Valley’s status as the Hydrogen Transport Hub.

It is one of the winners of the government’s £2.5 million research and development competition to accelerate the use of hydrogen transport in the Tees Valley area.

As part of the project, the airport will have commercial and support vehicles fitted with 100% hydrogen zero emission engines.

A ground support tug, which tows aircraft, will be converted, will be converted to run on hydrogen by ULEMCo while Toyota will supply two Mirai hydrogen fuel cell vehicles with a range of around 400 miles as well as a forklift truck for use.

Toyota will also deploy a number of hydrogen vehicles across the region’s rapid response services, such as emergency response units for the Cleveland Police and NHS patient support.

In addition, Ricardo, in collaboration with Stagecoach, will retrofit a double-decker diesel bus with a hybrid fuel cell system, which will be driven on local routes.

HV Systems also plans to demonstrate the use of hydrogen in delivery vans in the Tees Valley area, running between 19 supermarkets and their main distribution centre.

Element Energy, in collaboration with Sainsbury’s, will trial a hydrogen-powered heavy goods vehicle (HGV), operating from a local distribution centre and carrying out goods deliveries in the area.

The trials aim to show how vehicles fitted with fuel cells can have increased range, faster refuelling times than battery-electric versions and speed parity with conventional diesel vehicles, as well as help clean up the air in local areas and support the UK’s 2050 net zero ambition.

Tees Valley Mayor Ben Houchen said: “This is yet another huge boost for Teesside, putting our region at the forefront of the hydrogen revolution and developing fuels of the future.

“Following our multi-million-pound redevelopment of our passenger terminal it’s only right we ensure our ground operations vehicles are fit-for-purpose and helping lead the region’s clean energy ambitions. I want Teesside Airport to be first hydrogen-ready airport in the UK and this is the first important step.”