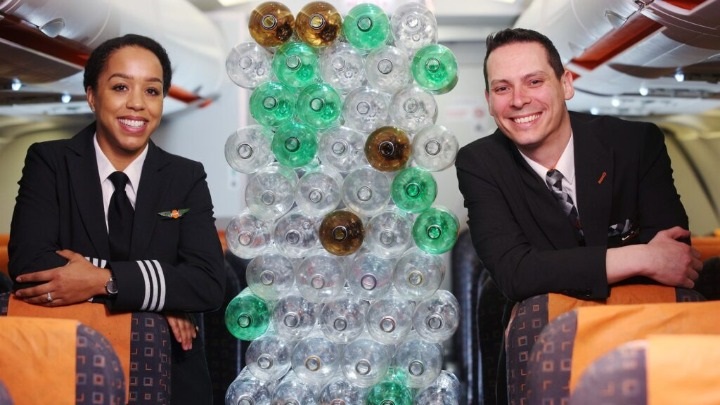 Budget airline easyJet has rolled out new uniforms for its pilots and cabin crew made from recycled plastic bottles – around 45 bottles will go into each uniform.

The rollout is forecast to prevent around half a million plastic bottles from ending up in landfills or in oceans every year.

Over the five-year contract with the uniform manufacturer, that number could rise to as many as 2,700,000 bottles, easyJet added.

The uniforms, which are manufactured by Northern-Ireland based corporate clothing firm Tailored Image, feature materials made using renewable energy sources and have a 75% lower carbon footprint than traditional polyesters.

Tina Milton, Director of Cabin Services at easyJet, said: “Climate change is an issue for all of us, and at easyJet, we are looking at all parts of our operation to see where we can reduce carbon emissions and reduce waste.

“It is a priority for us to continue work on reducing our carbon footprint in the short term, coupled with long-term work to support the development of new technology, including zero-emission planes which aspire to reduce the carbon footprint of aviation radically.”

According to official data, the global aviation industry produces around 2% of all human-induced carbon dioxide emissions.