The project is expected to cut emissions at ArcelorMittal Dofasco in Hamilton, Ontario, by around 60% over the next seven years 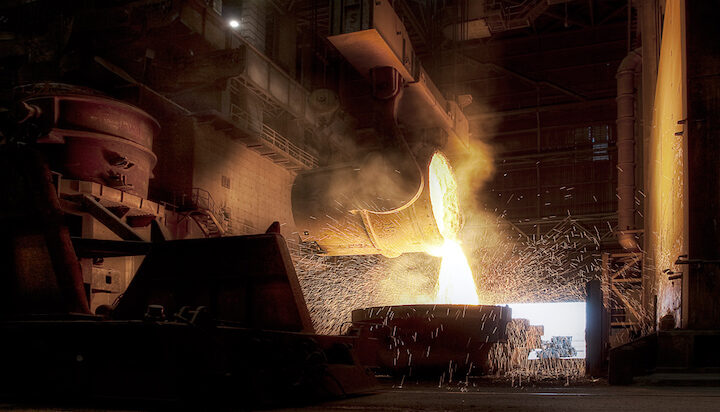 ArcelorMittal and the Government of Canada have announced an investment of CAD$1.76 billion (£1bn) for decarbonisation technologies to reduce emissions at the company’s steel plant.

The move is expected to reduce annual carbon emissions by around 60% – or three million tonnes – at the facility over the next seven years.

The company also intends to introduce new manufacturing processes that contribute to a reduction in carbon emissions and deliver other positive environmental impacts, including the elimination of emissions and flaring from coke making and ironmaking operations.

The new DRI and EAF facility – which will have the capacity to produce two million tonnes and 2.4 million tonnes of steel respectively – will be in production before the end of 2028.

The Government of Canada is providing CAD$400 million (£230m) of the investment.

François-Philippe Champagne, Minister of Innovation, Science and Industry said:“We are supporting our steel workers and companies like ArcelorMittal Dofasco as they seize today’s opportunities in the low carbon economy and they do their part in the fight against climate change. This investment will ensure that Canada’s largest producer of flat-rolled steel adopts innovative technologies, continues to provide economic opportunities for Canadian workers and contributes meaningfully toward our climate targets.

“This investment will create good jobs in communities like Hamilton and clean Canadian-made products for the world for decades to come.”

The project is expected to support as many as 2,500 jobs during the engineering and construction phases.

Aditya Mittal, CEO of ArcelorMittal added: “The plans we have announced today represent a historic moment for ArcelorMittal in Canada and North America, marking the beginning of a new era of steelmaking in Hamilton, that will result in a 60% drop in CO2 emissions within the next seven years. We are very pleased to be in partnership with the Government of Canada – as partners, we all recognise that it is vital to accelerate our carbon emissions reduction and strengthen our climate action. Indeed progress in the next decade is vital if the world is to reach net zero by 2050.

“This is the first significant decarbonisation project we have announced outside Europe and again reflects ArcelorMittal’s determination to lead the decarbonisation of the steel industry. Across the company our people are highly motivated to demonstrate that steel can reach net zero and will be the core material for a carbon-neutral world. This project in Dofasco is a very significant and important milestone in this journey.”