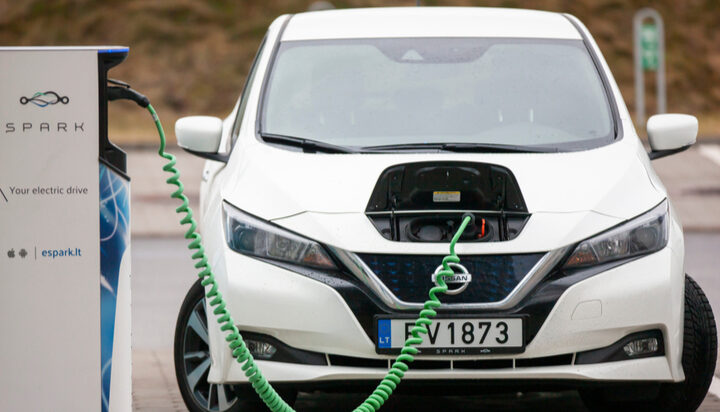 Electric vehicles (EVs) can travel up to five times further than petrol vehicles on a £50 charge.

That is the claim made in new research by Uswitch, which directly compared the fuel economy of the Nissan Leaf E+ and the Volkswagen Golf across the countries in which both were available to buy.

Based on UK prices, the study revealed that in the Nissan, £50 worth of electricity could give a driver 2,380 miles of travel, whereas in the petrol-fuelled Volkswagen, £50 worth of petrol would only provide 443 miles.

The caveat to this is the study also suggested that the UK is the 13th most expensive country to run EVs, with Lithuania offering the best value; more than 4,400 miles for £50 of electricity.

In the list of the top six countries that are the most economical for driving EVs, Lithuania is followed by Norway, Austria, Chile, Estonia and Sweden – all providing a range of more than 4,000 miles for £50 worth of electricity.

The comparison site estimates that with £50 of electricity, a driver could travel from Stockholm to its Scandinavian cousin Oslo eight times in the Nissan Leaf but would not make the trip one way with £50 in the Volkswagen Golf.

Out of the countries surveyed, the US provided the best value for money for petrol cars – 895 miles for £50 of petrol.

Joel Kempson, Car Insurance Expert at Uswitch, said: “As the motor industry begins to move away from petrol and diesel, this study shows how economical running an electric car really is.

“EVs are much cheaper to recharge than the cost of filling up your tank, so even though their tanks will not take you as far as a petrol car, owning an EV could make better sense for your finances.

“When it comes to insuring an EV, there is a common misconception that it can be a pricey part of ownership. However, as more motorists opt for an EV, the insurance market will correct itself and we should see prices fall.”