At the heart of its strategy is achieving net zero for its own operations by 2030, delivering net zero road maintenance and construction by 2040 and an aim to ‘support’ net zero travel on its roads by 2050 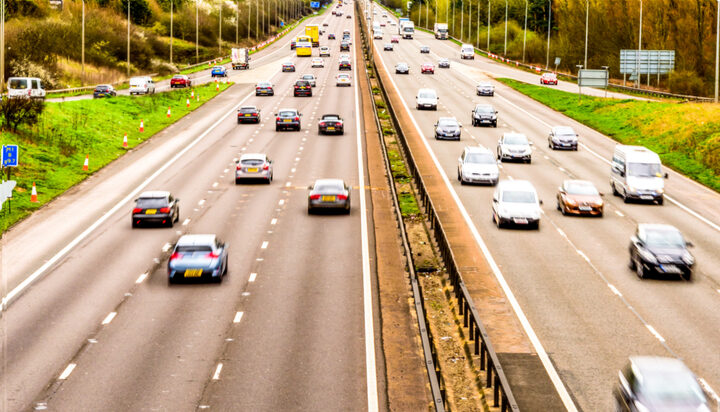 Highways England has announced a new roadmap to achieving net zero by 2050 – but the strategy neglects to suggest less driving could help cut emissions.

At the heart of its strategy is achieving net zero for its own operations by 2030, delivering net zero road maintenance and construction by 2040 and an aim to ‘support’ net zero travel on its roads by 2050.

Highways England has committed to generating more electricity from renewable energy, as well as  delivering a 75% reduction in its own carbon emissions by 2025 from a 2017 baseline.

It has pledged to switch to LED lighting, electrify its fleet and plant up to three million trees by 2030.

Across the next four years, it aims to provide more charging infrastructure on its network, train its Traffic Officers for incident recovery concerning electric vehicles (EVs) and publish a blueprint to show how EV charging should be provided on motorways.

It has also agreed to develop a zero-carbon 2040 roadmap for cement, concrete and asphalt by next year.

The plan caters for Highways England’s own emissions but does not explore the potential to encourage less driving and more active forms of transport – this option is seemingly ignored as a means to reduce emissions. Petrol cars will be phased out and replaced by EVs long before 2050, yet this is when the organisation has set its deadline to ‘support’ net zero travel on its roads.

Transport produced 27% of the UK’s total emissions in 2019. Of this, the majority (91%) came from road transport vehicles, with the biggest contributors being cars and taxis.

Nick Harris, Acting Chief Executive of Highways England, commented: “Today roads are a convenient, efficient and low-cost way to travel which is why nine out of 10 passenger miles and 79% of all freight moves on roads. Our plans set out how emissions from our own operations, our construction and our customers will reduce over the coming years.”

Rachel Maclean, Transport Minister, said: “We know that transport is the biggest emitter of carbon emissions, which is why I’m pleased to see that Highways England are setting out a roadmap which will clean up our air as we build back greener.

“This comes just days after the government unveiled its ‘Transport Decarbonisation Plan’, setting out our plans to reach net zero emissions by 2050.”