Better managed peatlands ‘could slash half a billion tonnes of CO2’

Peatlands occupy just 3% of the global land surface, but they store approximately 650 billion tonnes of carbon 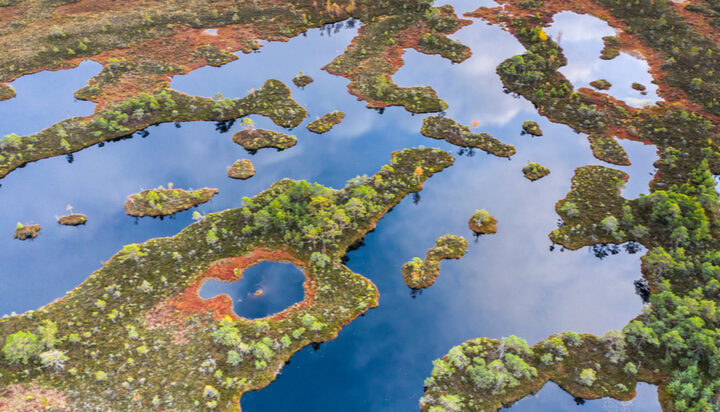 Improving the way peatlands are managed could slash the UK’s carbon dioxide emissions by half a billion tonnes.

New research, contributed to by the University of Leicester, highlights the importance of protecting peatlands, which are a type of wetland where decayed vegetation is stopped from fully breaking down.

Peatlands occupy just 3% of the global land surface, but they store approximately 650 billion tonnes of carbon, which is around 100 billion tonnes more than all of the world’s vegetation combined, suggest scientists from the UK Centre for Ecology and Hydrology.

The study, which was published in the journal Nature, found that many peatlands are ‘substantially’ modified by human activity, such as drainage for agriculture and forest plantation.

This interference leads to the release of around 1.5 billion tonnes of carbon dioxide into the atmosphere every year, equivalent to 3% of all global greenhouse gas emissions caused by human activities.

Professor Sue Page from the University of Leicester’s School of Geography, Geology and the Environment, said: Our results present a challenge but also a great opportunity.