It aims to remove more human-related greenhouse gas emissions than its operations produce, supporting the UK’s commitment to reach net zero by 2050 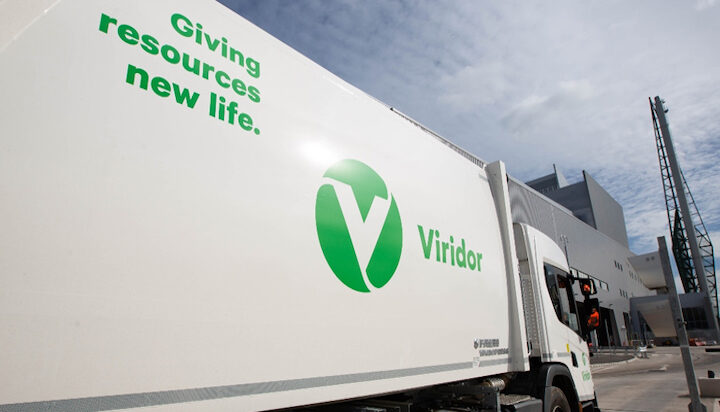 Waste management and recycling firm Viridor has made a commitment to fight climate change by becoming a net negative emissions company by 2045.

It aims to remove more human-related greenhouse gas emissions than its operations produce, supporting the UK’s commitment to reach net zero by 2050.

The company has set out plans to become a net zero emissions company by 2040, in line with the Paris climate agreement and the Science-based Targets initiative and has unveiled an ambitious five-step roadmap to deliver “dramatic reductions” in greenhouse gas emissions across its operations.

That includes reducing direct emissions from all core operations, maximising the amount of waste that is recycled and reused, capturing and storing emissions from strategic sites, generating negative emissions by expanding carbon capture across its national network and supplying more homes and businesses with clean heat.

It plans to invest in carbon capture, utilisation and storage (CCUS) technologies as the majority of Viridor’s emissions come from its energy from waste facilities – a process that deals with waste that cannot currently be recycled and avoids it going to landfill.

It has joined the HyNet North West Consortium, working in partnership with Progressive Energy, which has been developing CCUS schemes in the UK for more than 20 years.

Joining the consortium is expected to bring negative emissions to the HyNet project and facilitate a critical next step for Viridor on its journey to becoming net negative, targeting CCS operations at its Runcorn site by 2026.

Kevin Bradshaw, Chief Executive Officer of Viridor said: “Tackling the climate crisis requires bold action and this pledge underlines Viridor’s ambition to drive the UK waste sector on its path to decarbonisation. We are committed to doing everything in our power to achieve net zero and net negative emissions, recognising the critical role of carbon capture and storage in the process.

“We know we cannot do this alone and are committed to working with the government and industry to drive the policy changes needed to make this technology a reality. If we get this right the benefits for our industry, society and economy will be immense and I am confident that the waste sector can play a vital role in tackling the UK’s carbon emissions.”

Business and Energy Secretary Kwasi Kwarteng welcomed the news, adding the government wants to position the UK at the forefront of carbon capture, with plans to invest £1 billion in these technologies.

He said: “This alongside Viridor’s plans to invest in carbon capture will help ensure we’re a world leader in this area, while its ambitions to reduce emissions are significant in helping support our climate commitments and encouraging more people to recycle as we transition to a green economy.”