Kitkat commits to becoming carbon-neutral by 2025 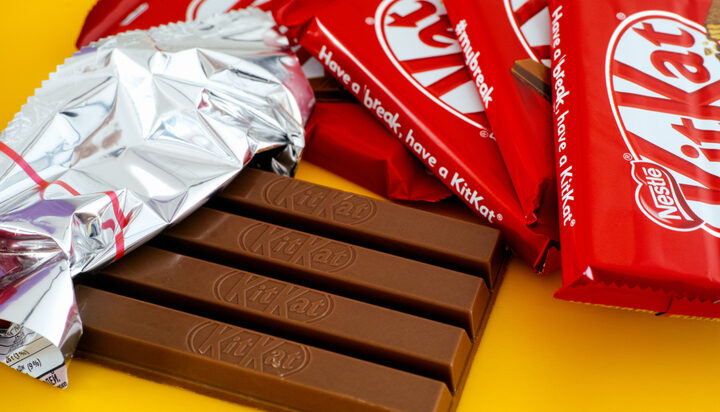 Kitkat, owned by Nestlé, has pledged to become carbon-neutral by 2025.

It aims to halve the emissions generated by the sourcing, manufacturing and distribution of its product.

The majority of its emissions come from the production of ingredients such as cocoa and milk; it is responding through initiatives to restore forests and kickstart a move towards regenerative farming.

The company is working alongside The Carbon Trust to measure its carbon footprint and will offset the emissions it cannot eliminate directly.

Nestlé released an action plan in 2019, focusing on forest conservation and enhancing biodiversity. In line with this, Kitkat has agreed to plant five million shade trees where it sources its cocoa by 2025.

Nestlé has reduced the energy required to produce Kitkat by more than 40% per tonne of product since 2000 and has pledged to use 100% renewable electricity to power Kitkat factories by 2025.