A ‘dramatic change’ in the wealthiest citizens’ lifestyle could only keep the 1.5°C target in sight, according to a new report 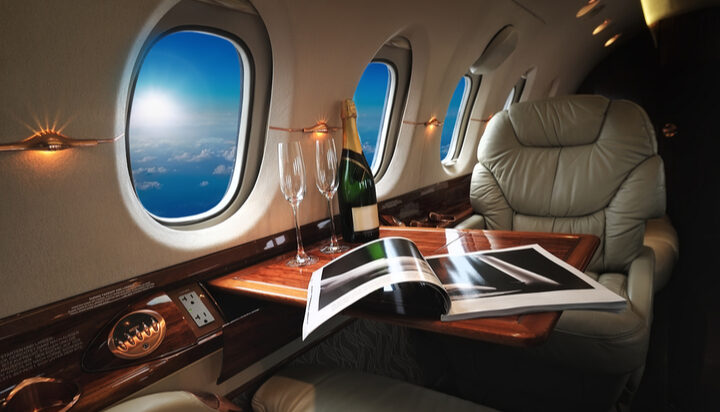 Changing the lifestyles of the UK’s wealthiest people, the so-called ‘polluter elite’, could hold the key to the country’s net zero journey.

Following a review of existing evidence, a new report by the Cambridge Sustainability Commission on Scaling Behaviour Change suggests the wealthiest citizens must make the most dramatic changes to their behaviours to keep the 1.5°C target in sight.

The authors of the report estimated that the richest 1% of the global population needs to reduce their emissions by a factor of at least 30 by 2030.

The report highlights that nearly half of the increase in absolute global carbon dioxide emissions was created by the richest 10%, with the wealthiest 5% alone contributing more than a third of emissions.

The findings from the report show that immediate behaviour change in ‘hotspot’ sectors, such as aviation, food and housing, could drastically reduce overall lifestyle emissions.

The data indicates that carbon emissions generated by the average European diet total around 1,070 kilograms of carbon dioxide equivalents every year, while the consumption of meat, eggs and dairy make up 83% of those greenhouse gas emissions.

In terms of aviation, recent research estimates that only between 2% and 4% of the global population flew internationally in 2018, with just 1% of the world’s population responsible for 50% of carbon dioxide emissions from commercial aviation.

The authors of the study call on the government to target the ‘polluter elite’ and provide affordable low carbon alternatives to poorer households.

The Commission also suggests a series of measures that could trigger sustainable behaviour change – these include frequent flyer levies, bans on SUVs sales and overturning the recent announcement to cut green grants for homes.

Speaking to ELN, Professor Peter Newell, the Lead Author of the report, said: “The challenge of scaling behaviour change to address the climate crisis means going beyond general approaches to getting individuals and households to do the ‘right thing’.

“We need a two-pronged approach which seeks to dramatically reduce the emissions from the carbon-intensive lifestyles of the richest where most responsibility and agency lies, while providing low carbon and affordable infrastructures for housing, transport and energy for the rest of society.

“We are not all in it together when it comes to changing behaviour to tackle climate change and our approaches need to reflect that.”