Agreement made for 230MW solar plant in Azerbaijan 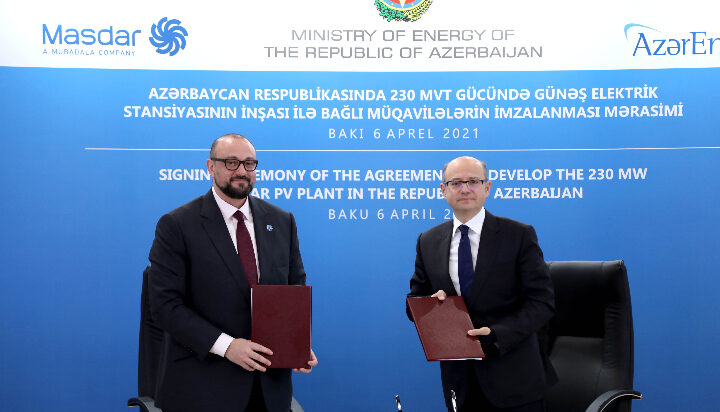 Image: The Ministry of Energy of Azerbaijan Republic

The Ministry of Energy of the Republic of Azerbaijan, Azerenergy OJSC and Masdar have signed a power purchase agreement (PPA) to build a 230MW solar power plant in the nation’s capital city of Baku.

The plant is estimated to cost close to $200 million (£145m) and annually produce 500 million kWh of electricity, saving 110 million cubic metres of natural gas and reducing carbon emissions by 200,000 tonnes in the process.

Masdar has forecast that the project could help reduce Azerbaijan’s greenhouse gas emission levels by 35%.

Minister of Energy Parviz Shahbazov commented: “The transformation of Azerbaijan into a country of ‘green growth’ through the extensive use of renewable energy sources over the next 10 years has been defined by President Ilham Aliyev as one of the national priorities that will ensure socio-economic development.

“By signing these contracts for a solar power plant worth about $200 million, we are one step closer to our goals for the renewable energy and carbon emissions.”