It aims to have a hydrogen production capacity of five million tonnes by 2050, supplying green hydrogen as a raw material and energy source for Korean industry and power plants 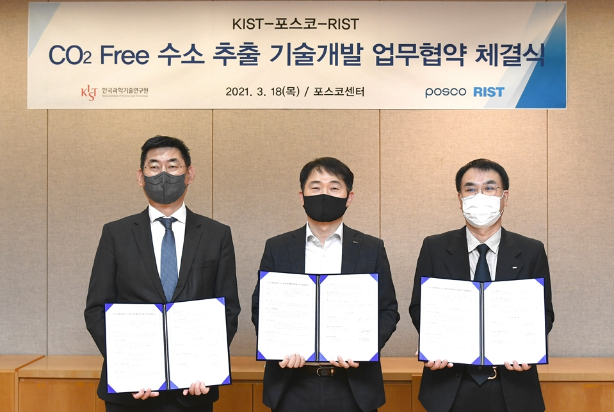 South Korean steel producer POSCO has signed an agreement to promote research into the hydrogen sector to help implement green hydrogen technologies into its business and Korean industry for the future.

It favoured ammonia synthesis, stating it was the most efficient because when the hydrogen is converted to ammonia, a new distribution network for transportation is not needed and the loss rate in shipping it is low.

Although the technology needed to synthesise hydrogen into ammonia has been commercialised, the process of extracting hydrogen from ammonia is still in an early stage.

POSCO is promoting further research with KIST and RIST to make ammonia synthesis a viable option. It aims to supply overseas green hydrogen as a raw material and energy source for Korean industry and power plants.

This follows its agreement with Australian energy provider Origin Energy, to provide the ammonia necessary for green hydrogen to be used in Korea. The two companies will conduct a study to determine how feasible the project is by the end of 2021. If it is concluded to be a possibility, both companies plan to pursue the project at full-scale.

POSCO aims to eventually have a hydrogen production capacity of five million tonnes, achieving KR₩ 30 trillion (£19bn) in sales by 2050.